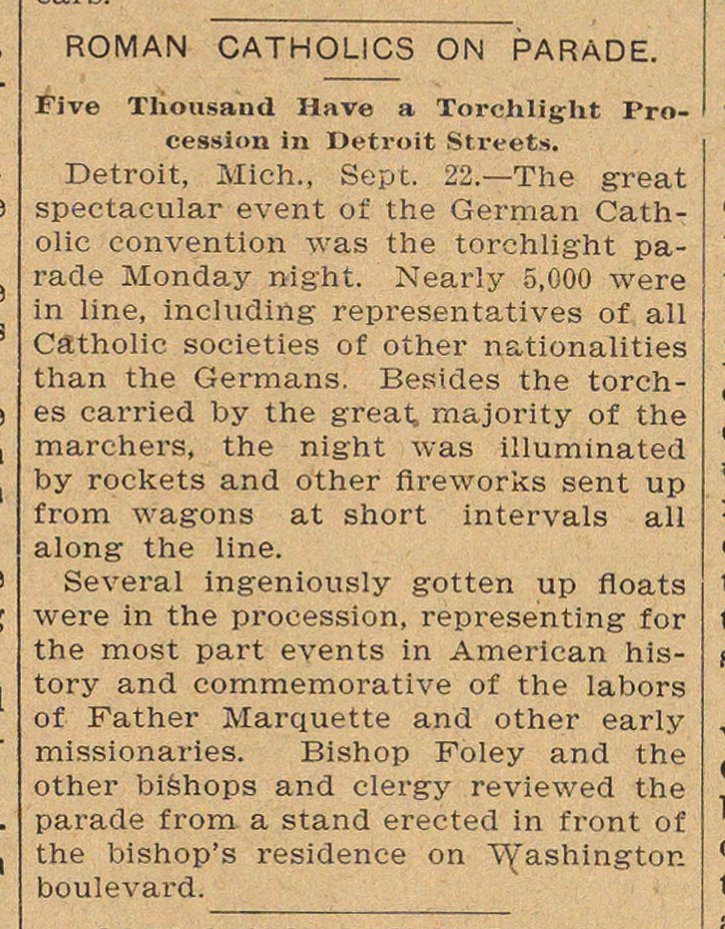 Detroit, Mich., Sepe. 22. - The great spectacular event of the Germán Catholic convention was the torchlight parade Monday night. Nearly 5,000 were in line, inchiding representatives of all Catholic societies of other nationalíties than the Germans. Besides the torches carried by the great majority of the marchers, the night was illuminated by rockets and other flreworks sent up from wagons at short intervals all along the line. Several ingeniously gotten up floats were in the procession, representing for the most part events in American history and commemorative of the labors of Father Marquette and other early missionaries. Bishop Foley and the other bishops and clergy reviewed the parade from a stand erected in front of the bishop's residence on 'ïyashington boulevard.