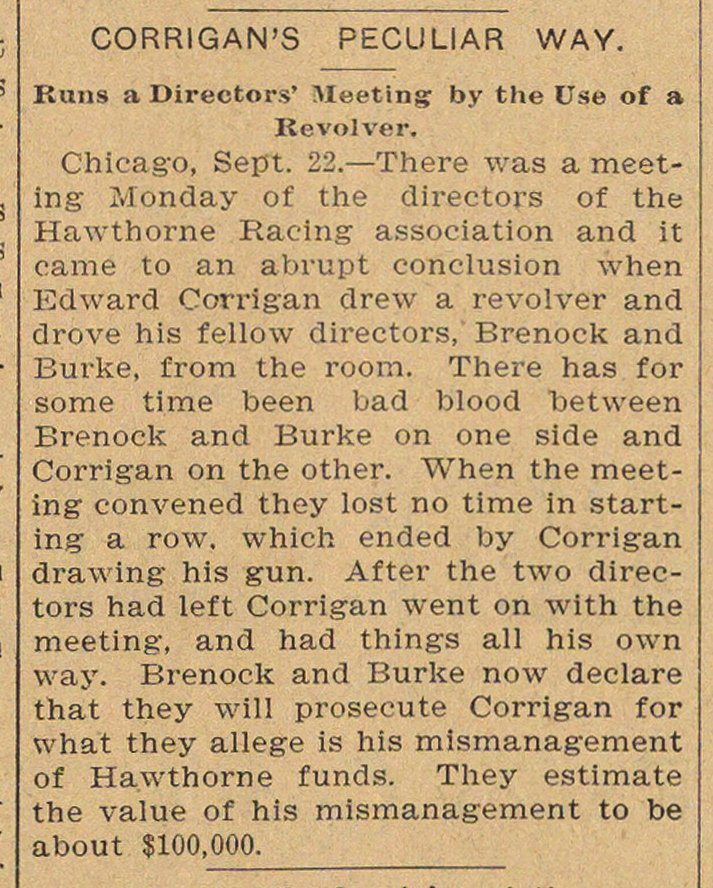 Chicag-o, Sept. 22.- ïhere ivas a meeting Monday oL the directora of the Hawthorne Racing association and it eame to an abrupt conclusión when Edward Corrigan drew a revolver and drove his fellow directors, Brenock and Buike, from the room. There has for some time been bad blood between Brenock and Burke on one side and Corrigan on the other. When the meeting convened they lost no time in starting a row. which ended by Corrigan drawing his gun. After the two directors had left Corrigan went on with the meeting, and had things all his own vvay. Brenock and Burke now declare that they will prosecute Corrigan for what they allege is his mismanagement of Hawthorne funds. They estímate the value of his mismanagement to be about $100,000.