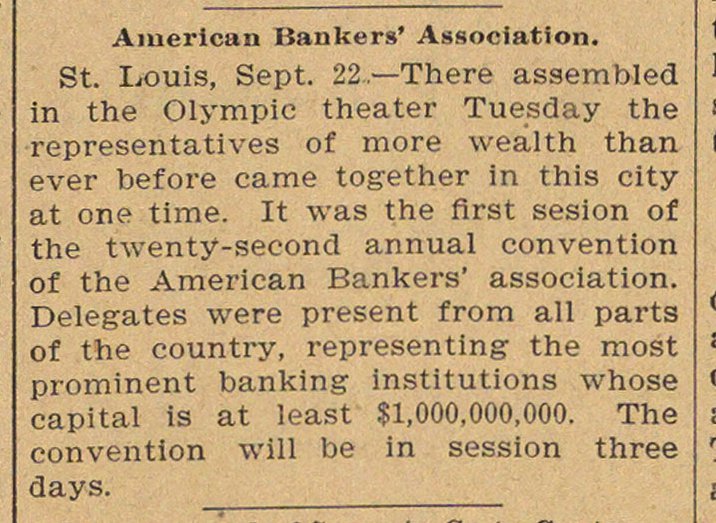 St. Louis, Sept. 22..- There assem bied in the Olympic theater Tuesday the representatives of more wealth than ever before came together in this city at one time. It was the first sesión of the twenty-second annual convention of the American Bankers' association. Delegates were present from all parts of the country, representing the most prominent banking institutions whose capital is at least $1,000,000,000. The convention wlll be in session three days.