A Harlequin Without Money 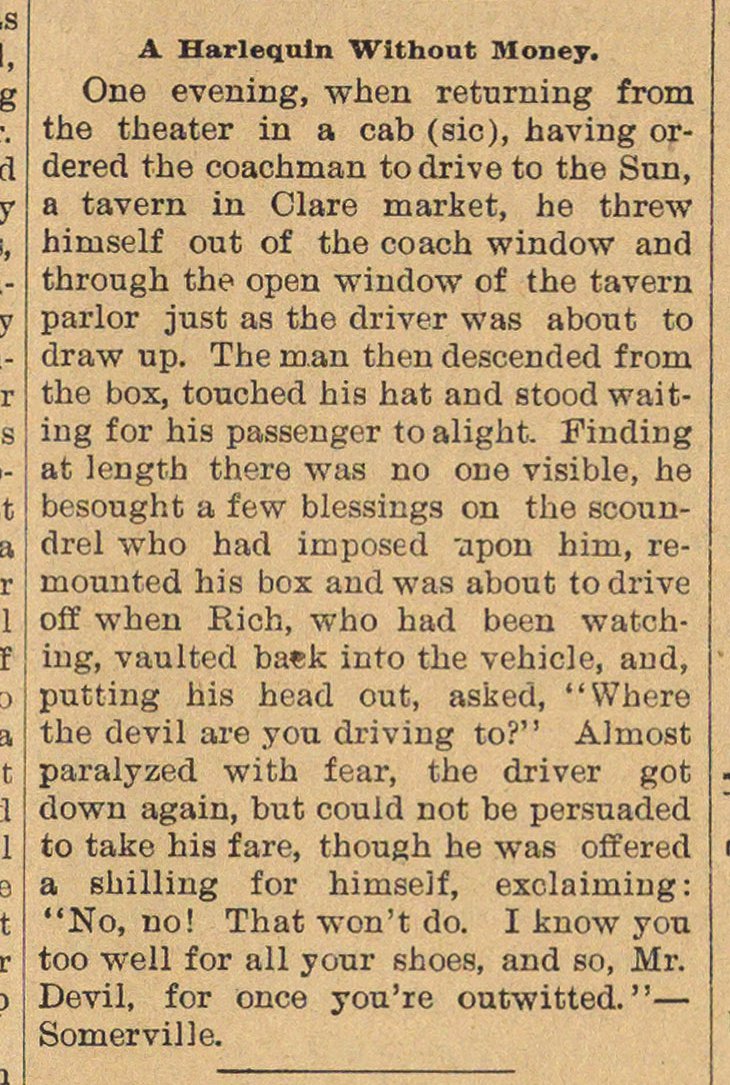 One evening, when returning from the theater in a cab (sic), having ordered the coachman to drive to the Sun, a tavern in Clare market, he threw himself out of the coach window and through the open window of the tavern parlor just as the driver was about to draw up. The man then descended from the box, touched his hat and stood waiting for his passenger toalight. Finding at length there was no one visible, he besought a few blessings on the scoundrel who had imposed "apon hini, rernounted his box and was about to drive off when Eich, who had been watching, vaulted bak into the vehicle, aud, putting his head out, asked, "VVhere the devil are you driving to?" Almost paralyzed with fear, the driver got down again, but could not be persuaded to take his fare, though he was offered a shilling for himseJf, exclairning: "No, no! That won't do. I know you too well for all your shoes, and so, Mr. Devil, for once you're outwitted. " -