Red Turtles In A Boiling Spring 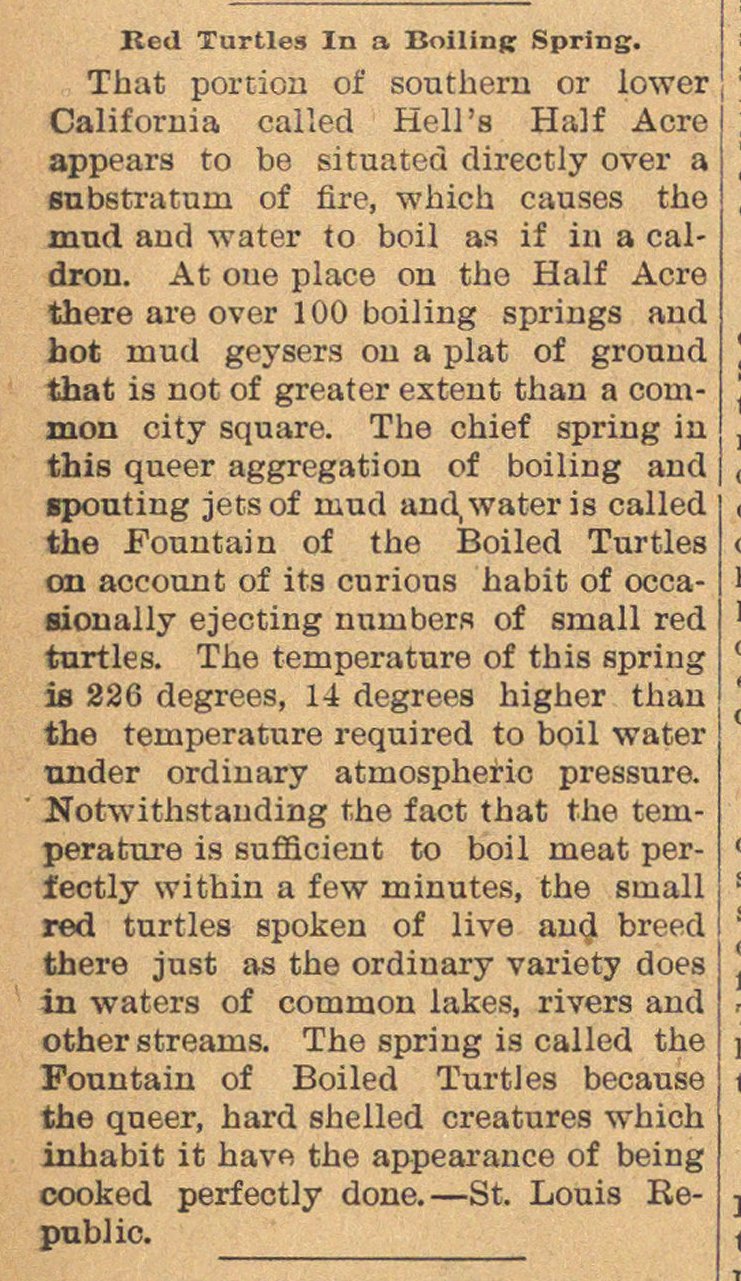 That portiou of southern or lower California callee! Heli's Half Acre appears to be situated directly over a snbstratnm of fire, which causes tho mud and water to boil as if in a caldrou. At oiie place on the Half Acre there are over 100 boiling springs and hot mud geysers on a plat of ground that is not of greater extent than a comnion city square. The chief spring in this queer aggregation of boiling and spouting jets of mud and, water is called the Fountain of the Boiled Turtles on account of its curious habit of occasionally ejecting nnmbers of small red turtles. The temperatura of this spring is 226 degrees, 14 degrees higher than the temperature required to boil water nnder ordinary atmospheric pressure. ' Notwithstanding the fact that the temperature is suffleient to boil meat períectly within a few minutes, the small red turtles spoken of live and breed i there just as the ordiuary variety does in waters of cotnmon lakes, rivers and other streams. The spring is called the Fountain of Boiled Turtles because the queer, hard shelled creatures whioh inhabit it have the appearance of being