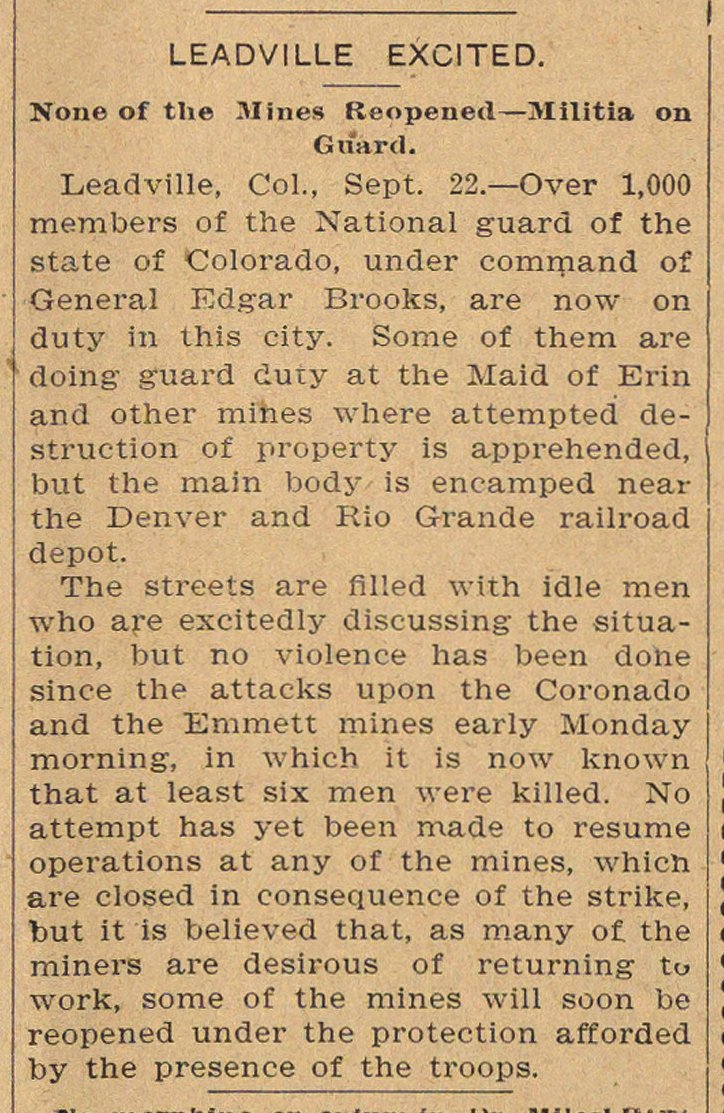 Leadville, Col., Sept. 22.- Over 1,000 members of the National guará of the state of Colorado, under command of General Edgar Brooks, are now on duty in this city. Some of them are doing guard duty at the Jlaid of Erin and other mines where attempted destruction of property is apprehended, but the main body is encamped near the Denver and Rio Grande railroad depot. The streets are fil'.ed wlth idle men who are excitedly discussing the situation, but no violence has been done since the attacks upon the Coronado and the Emmett mines early Monday morning, in which it is now known that at least six men were killed. No attempt has yet been made to resume operations at any of the mines, which are closed in consequence of the strike, but it is believed that, as many of. the miners are desirous of returning to work, some of the mines will soon be reopened under the protection afforded by the presence of the troops.