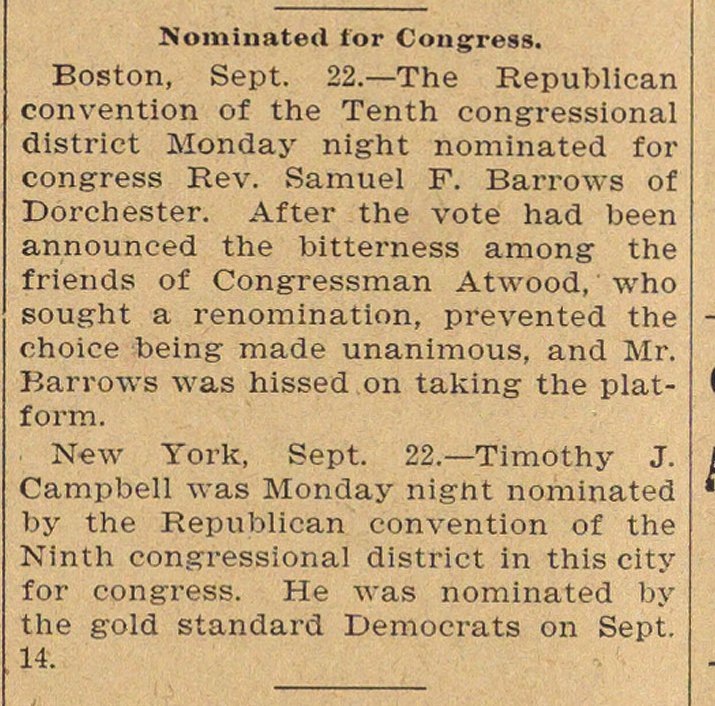 Boston, Sept. 22.- The Republican convention of the Tenth congressional district Monday night nominated for congress Rev. Samuel P. Barrows of Dorchester. After the vote had been announced the bittei-ness among the f riends of Congressman Atwood, ' who sought a renomination, prevented the ohoice being made unanimous, and Mr. Barrows was hissed on taking the platform. New York, Sept. 22.- Timothy J. Campbell was Monday nigftt nominated by the Republican convention of the Ninth congressional district in this city for congress. He was nominated by the gold Standard Democrats on Sept. 14.