A E. Nordman For The Legislature 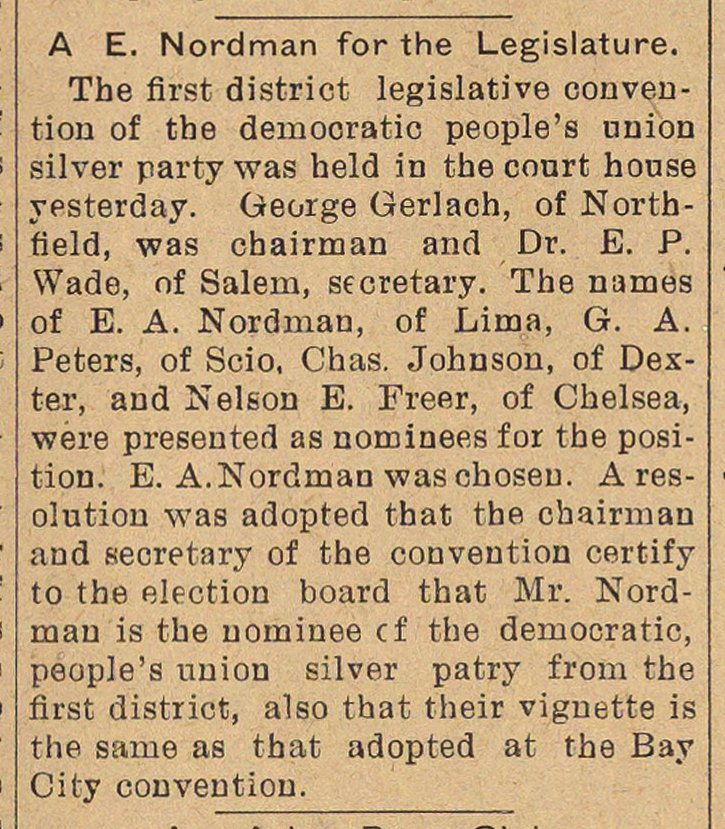 The flrst district legislativa convention of the democratie people's nnion silver party was held in the court house yesterday. George Gerlach, of Northfield, was chairman and Dr. E. P. Wade, of Salem, secretary. The names of E. A. Nordman, of Lima, G. A. Peters, of Scio, Chas. Johnson, of Dexter, and Nelson E. Freer, of Chelsea, wère presented as nominees for the position. E. A.Nordman waschoseu. A resolution was adopted that the chairman and secretary of the convention certify to the election board that Mr. Nordmau is the uominee cf the democratie, people's nnion silver patry from the first district, also that their vignette is the same as that adopted at the Bay City couveutiou.