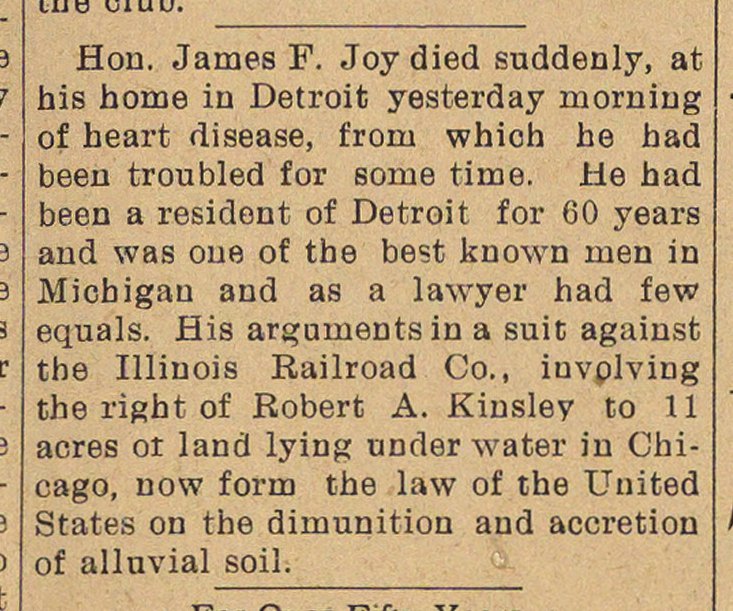 Hou. James F. Joy died suddenly, at his home iu Detroit yesterday morniug of heart disease, from which he had been troubled for sorne time. He had been a resident of Detroit for 60 years and was one of the best known men in Micbigau and as a lawyer had few equals. His arguments in a suit against the Illinois Railroad Co., involving the right of Robert A. Kiusley to 11 acres oí land lying under water in Chicago, uow form the law of the United States on the dirnunition and accretion of alluvial soil.