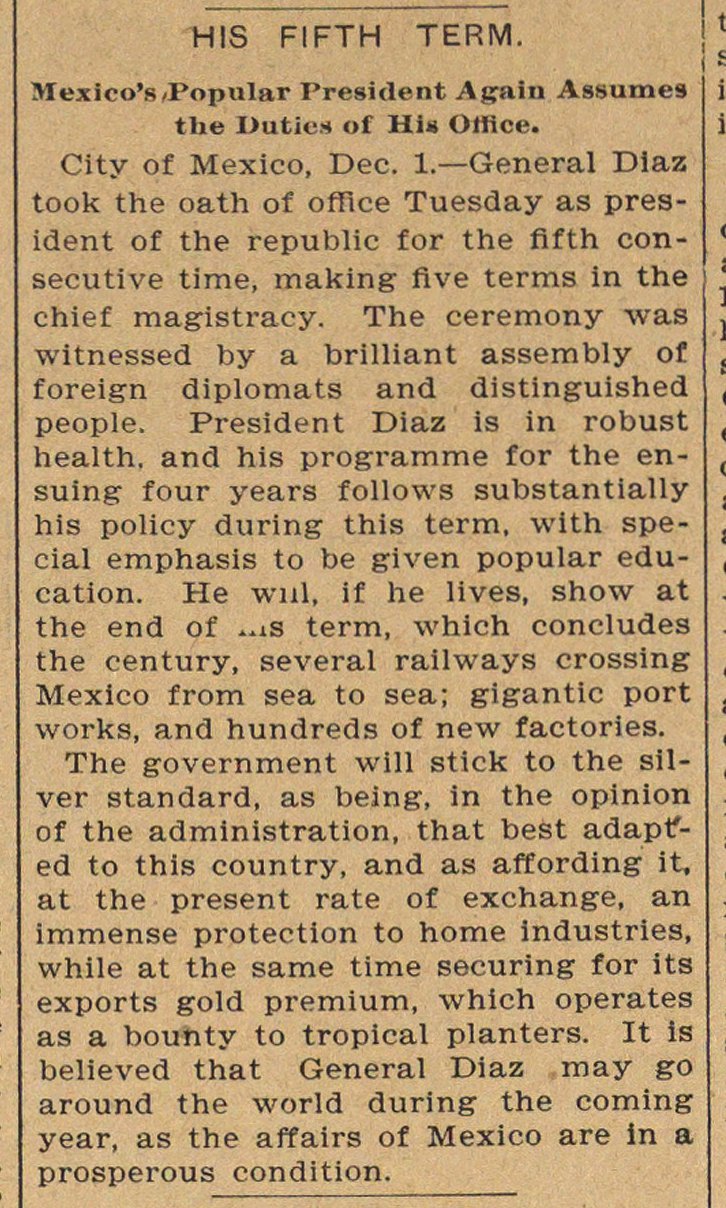 City of Mexico, Dec. 1.- General Diaz ook the oath of office Tuesday as presdent of the republic for the fifth conecutive time, making: five terms in the hief magistracy. The ceremony was witnessed by a brilliant assembly of oreign diplomats and distinguished people. President Diaz is in robust ïealth. and his programme for the enuing four years follows substantially his policy during this term, with speial emphasis to be given popular education. He will, if he Uves, show at he end of -is term, which concludes he century, several railways crossing Mexico from sea to sea; gigantic port vorks, and hundreds of new factories. The government will stick to the silver Standard, as being, in the opinión of the administration, that best adapfed to this country, and as affording it, at the present rate of exchange, an mmense protection to home industries, while at the same time securing for its exports gold premium, which operates as a bouhty to tropical planters. It is believed that General Diaz may go around the world during the coming year, as the affairs of Mexico are In a prosperous condition.