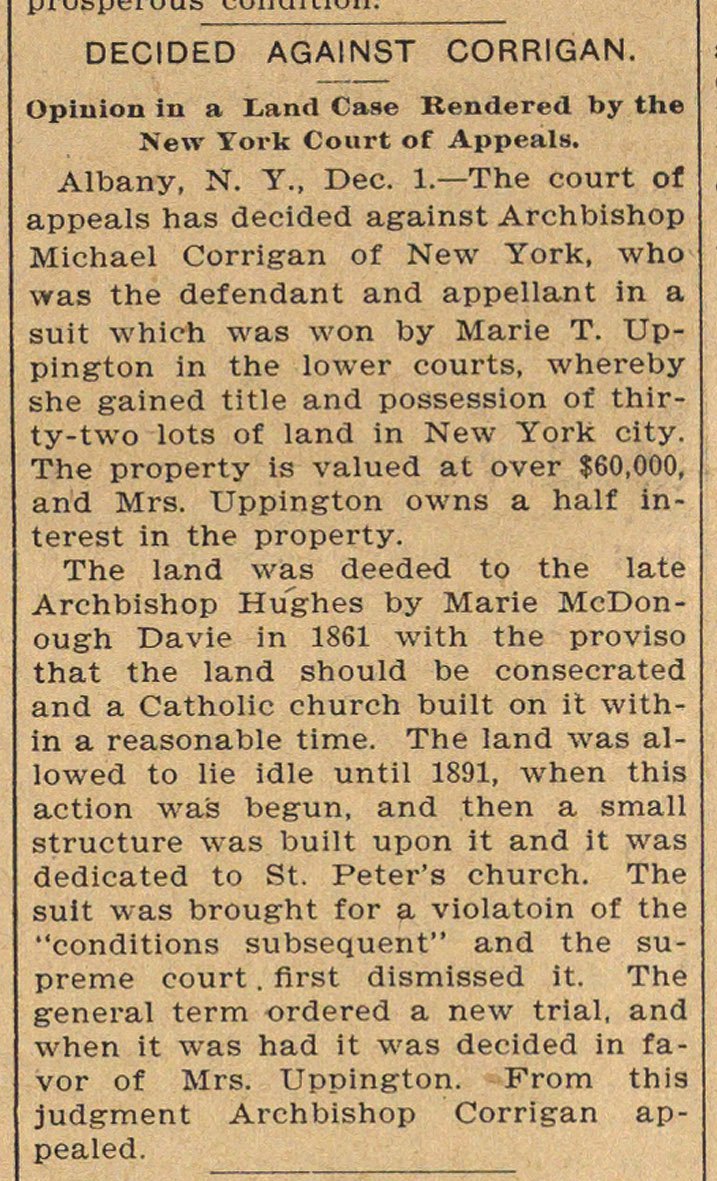 Albany, N. Y., Dec. 1.- The court of appeals has decided against Archbishop Michael Corrigan of New York, who was the defendant and appellant in a suit whieh was won by Marie T. Uppington in the lower courts, whereby she gained title and possession of thirty-two lots of land in New York city. The property is valued at over $60,000, and Mrs. Uppington owns a half interest in the property. The land was deeded to the late Archbishop Hughes by Marie McDonougrh Davie in 1861 with the proviso that the land should be consecrated and a Catholic church built on it withm a reasonable time. The land was allowed to lie idle until 1891, when this action was begun, and then a small structure was built upon it and it was dedicated to St. Peter's church. The suit was brought for a violatoin of the "conditions subsequent" and the supreme court . first dismissed it. The general term ordered a new trial, and when it was had it was decided in favor of Mrs. Uppington. From this judgment Archbishop Corrigan appealed.