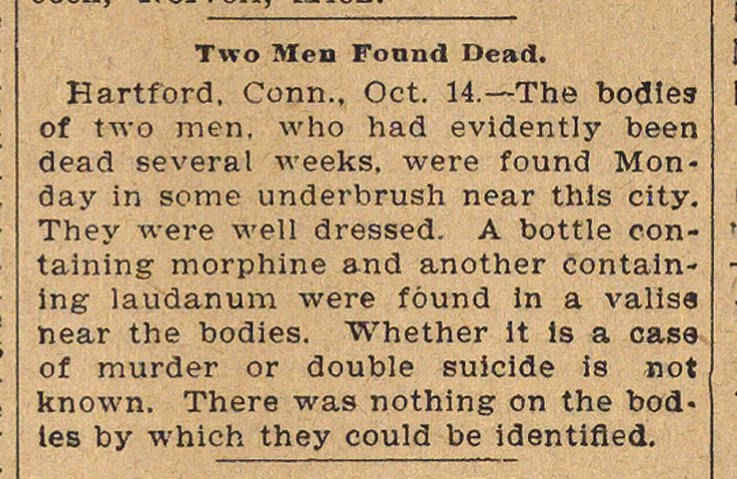 Hartford, Conn., Oct. 14.- The bodles of lwo men. who had evidently been dead several weeks, were found Monday in some underbrush near this city. They were well dressed. A bottle containing morphine and another containing laudanum were fóund in a valisa near the bodies. Whether lt Ís a case of murder or doublé suicide is not known. There was nothing on the bodles by which they could be identifled.