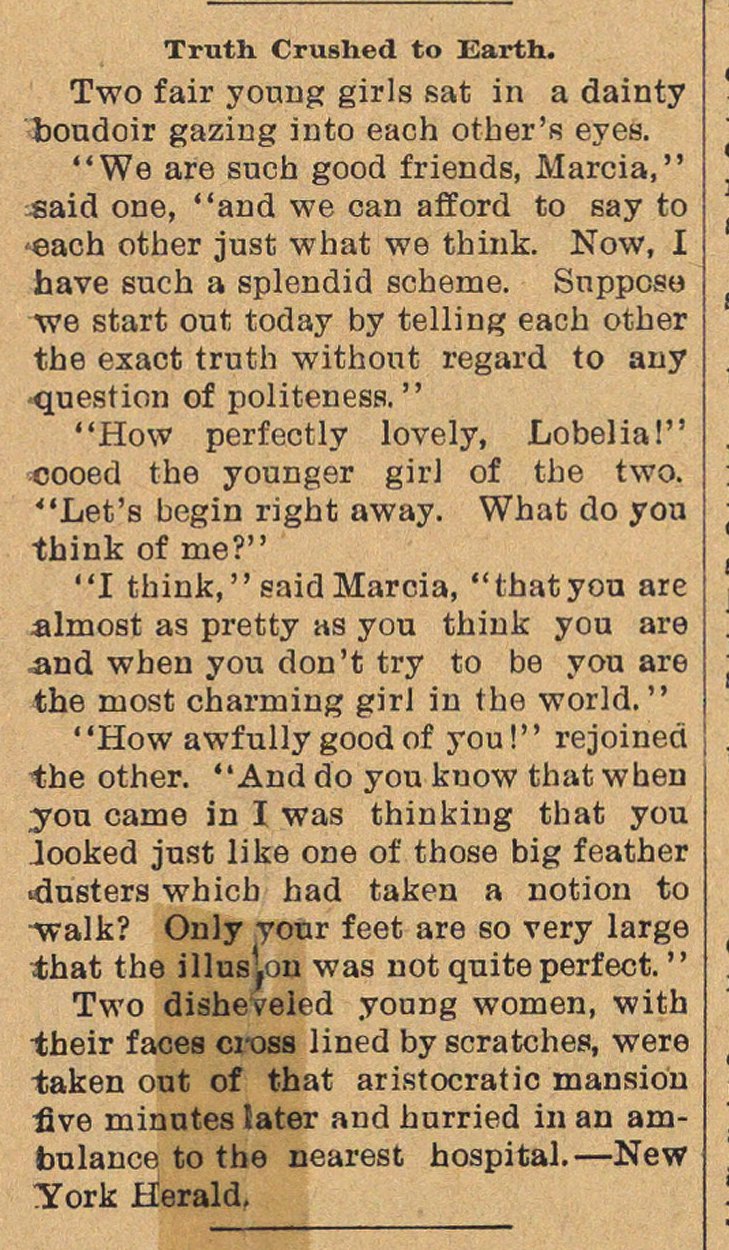 Two fair yonng girls sat in a dainty boudoir gaziug into each otber's eyes. "We are such good friends, Marcia," aid one, "and we can afford to say to ■each other just what we think. Now, I have such a splendid scheme. Snppcstj we start out today by telling each other the exact truth without regard to any question of politeness. " "How perfectly lovely, Lobelia!" cooed the younger girl of the two. "Let's begin righfc away. What do you think of me?" "I think, "said Marcia, "thatyou are almost as pretty as you thiuk you are and when you don 't try to be you are the most charming girl iu the world. " "How awfully good of you!" rejoineü the other. "And do you kuow that wheu you came in I was thinking that you Jooked just like one of those big feather .dusters whicb had taken a notion to ■walk? Only yonr feet are so very large that the illas jon was not quite perfect. ' ' Two disheveled young women, with -their faces woss lined by scratches, were taken out of that aristocratie mansión Uve minutes later and hurried in an