Howard Canfield Is Getting Better 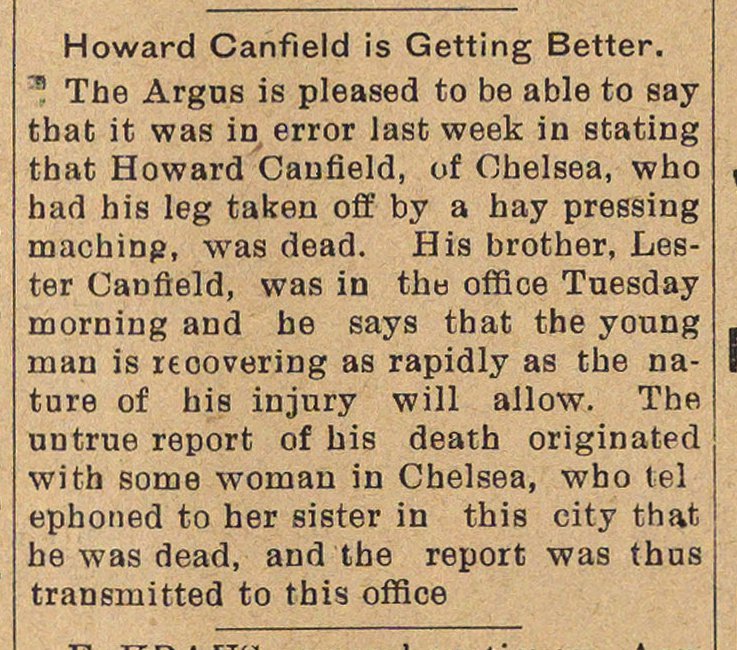 "s The Argus is pleased to be able to say that it was in error last week in stating that Howard Caufleld, of Obelsea, who bad his leg taken off by a hay pressing machinp, was dead. His brotber, Lester UaDfleld, was in the office Tuesday morning and be says tbat the young man is itoovering as rapidly as tbe nature of bis injnry will allow. The untrue report of his death originated with sorae woman in Chelsea, wbo tel ephoned to her sister in this city that he was dead, and the report was thos transmitted to this office