Death Of An Old Newspaper Man 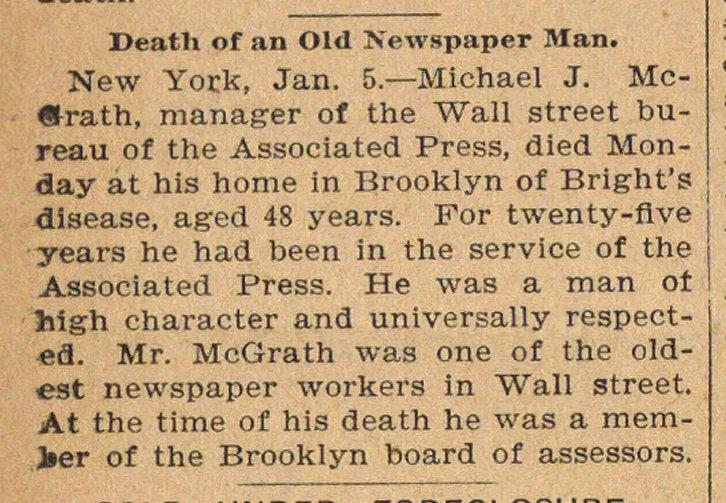 New York, Jan. 5.- Michael J. Mcrath, manager of the Wall street bureau of the Associated Press, died Monday at his home in Brooklyn of Bright's disease, aged 48 years. For twenty-flve years he had been in the service of the Associated Press. He was a man oí high character and universally respectea. Mr. McGrath was one of the oldest newspaper workers in Wall street. At the time of his death he was a memier of the Brooklyn board of assessors.