Charges His Father With Murder 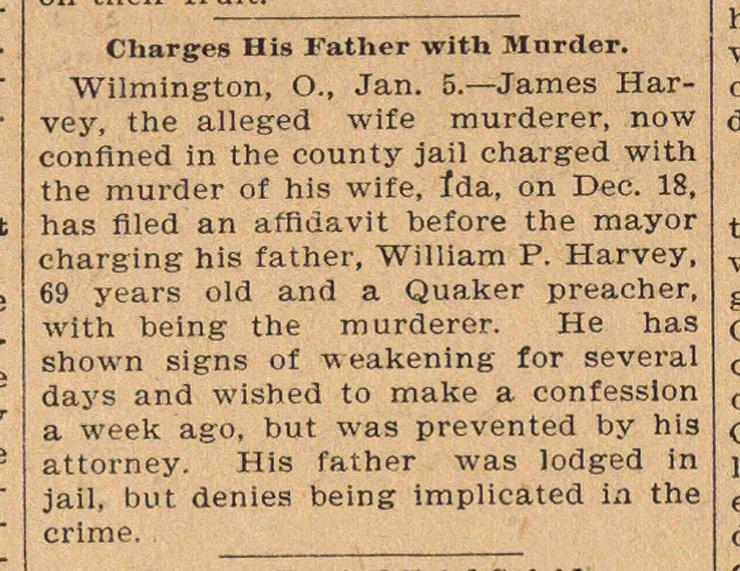 Wilmington, O., Jan. 5.- James Harvey, the alleged wife murderer, now conflned in the county jail charged with the murder of his wife, ida, on Dec. 18, has filed an affidavit before the mayor charging his father, William P. Harvey, 69 years oíd and a Quaker preacher, with being the murderer. He has shown signs of vieakening for several days and wished to make a confesslon a week ago, but was prevented by his attorney. His father was lodged in jail, bot denies being implicated in the crime.