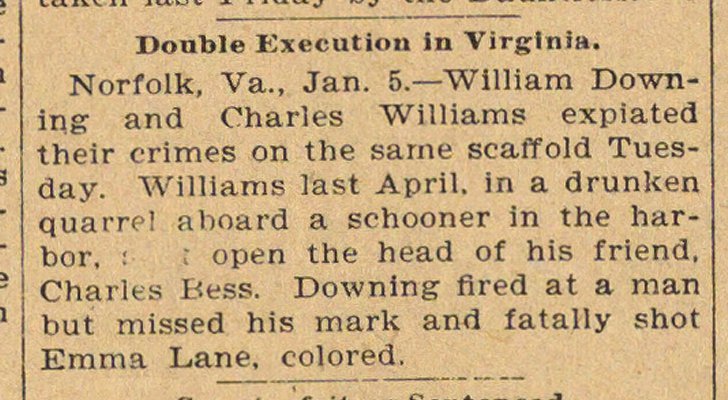 Norfolk, Va., Jan. 5.- William Down ing and Charles Williams expiated their crimes on the sarne scaffold Tues day. Williams last April, in a drunken quarro! aboard a schooner in the har bor. : ! open the head of his friend ' Charles Hess. Downing fired at a man I but missed his mark and fatally sho Emma Lane, colored.