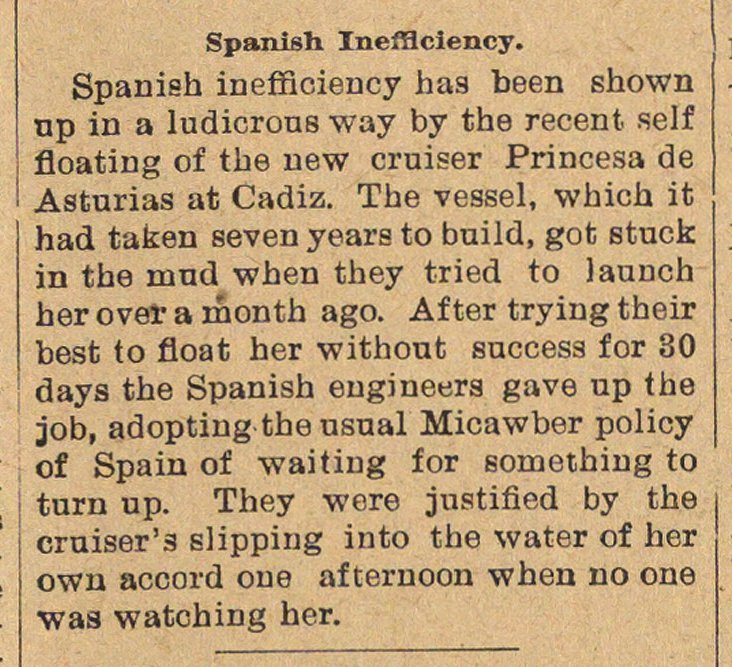 Spanish inefficiency has been shown up in a ludicrous way by the recent, self floating of the new cruiser Princesa de Asturias at Cadiz. The vessel, which it had taken sevenyearsto build, got stuck in the mud when they tried to launch her a rúonth ago. Af ter trying their best to float her without succesa for 30 days the Spanish eugineers gave up the job, adopting the usual Micawber policy of Spain of waiting for somothing to turn up. They were justified by the cruiser's slipping into the water of her own accord one af ternoon when no one waa watching her.