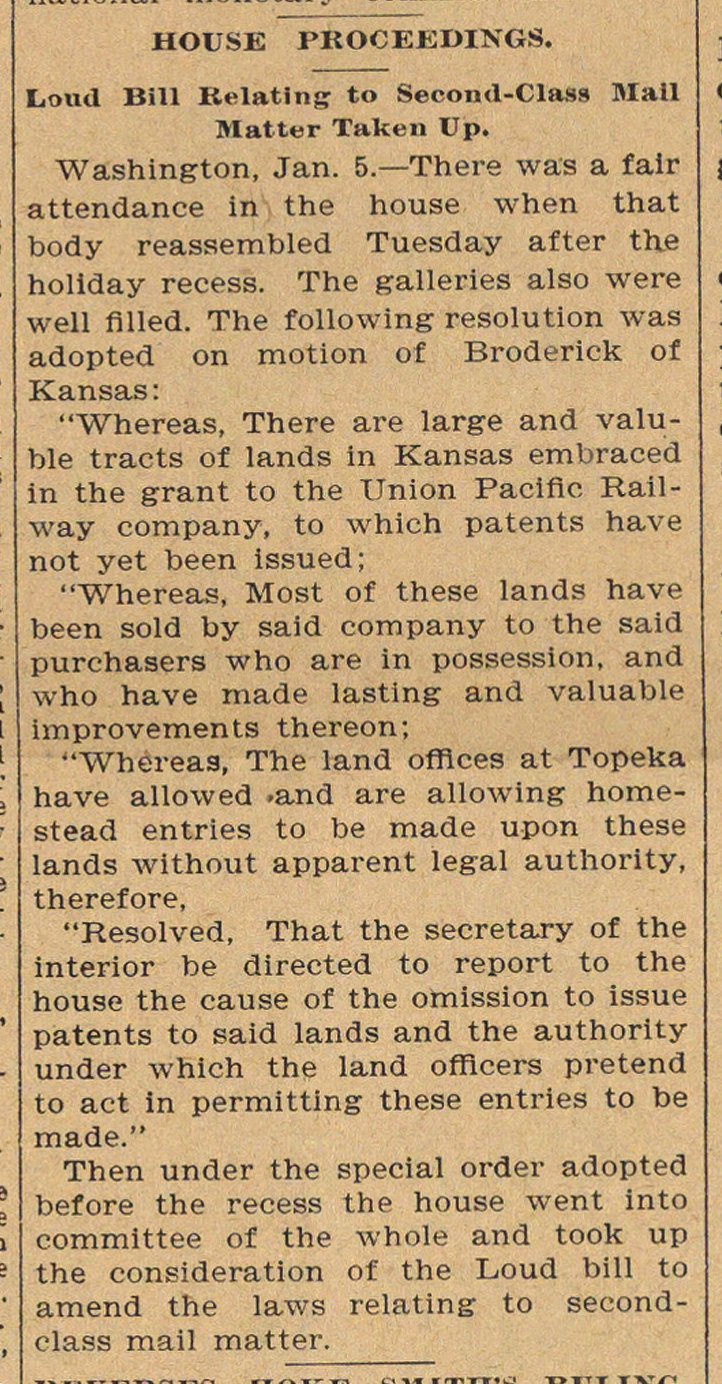 Washington, Jan. 5. - There was a fair attendance in the house when that body reasaembled Tuesday after the holiday recess. The galleries also were well filled. The following resolution was adopted on motion of Broderick of Kansas: "Whereas, There are large and valuble tracts of lands in Kansas embraced in the grant to the Union Pacific Railway company, to which patents have not yet been issued; "Whereas, Most of these lands have been sold by said company to the said purchasers who are in possession, and who have made lasting and valuable improvements thereon; "Whereas, The land offices at Topeka have allowed .and are allowing homestead entries to be made upon these lands without apparent legal authority, therefore, "Resolved, That the secretary of the interior be directed to report to the house the cause of the omission to issue patents to said lands and the authority under which the land officers pretend to act in permitting these entries to be made." Then under the special order adopted before the recess the house went into committee of the whole and took up the consideration of the Loud bill to araend the laws relating to secondclass mail matter.