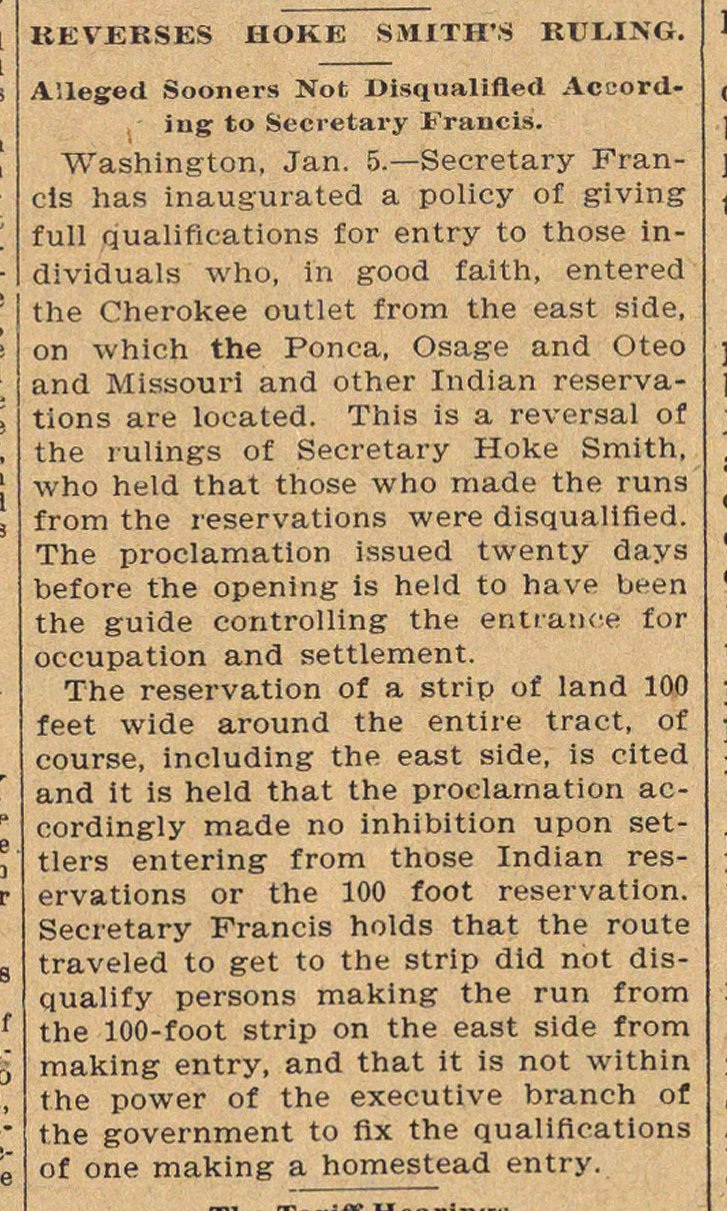 "Washington, Jan. 5. - Secretary Francis has inaugurated a policy oL giving full qualifications for entry to those individuáis who, in good faith, entered the Cherokee outlet from the east side, on which the Ponca, Osage and Oteo and Missouri and other Indian reservations are located. This is a reversal of the rulings of Secretary Hoke Smith, who held that those who made the runs from the reservations were disqualifled. The proclamation issued twenty days before the opening is held to have been the guide controlling the entrante for occupation and settlement. The reservation of a strip of land 100 feet wide around the entire tract, of course, including the east side, is cited and it is held that the proclamation accordingly made no inhibition upon settlers entering from those Indian reservations or the 100 foot reservation Secretary Prancis holds that the route traveled to get to the strip did not disqualify persons making the run from the 100-foot strip on the east side from making entry, and that it is not within the power of the executive branch of the government to fix the qualifications of one making a homestead entry.