How A Letter May Be Recalled 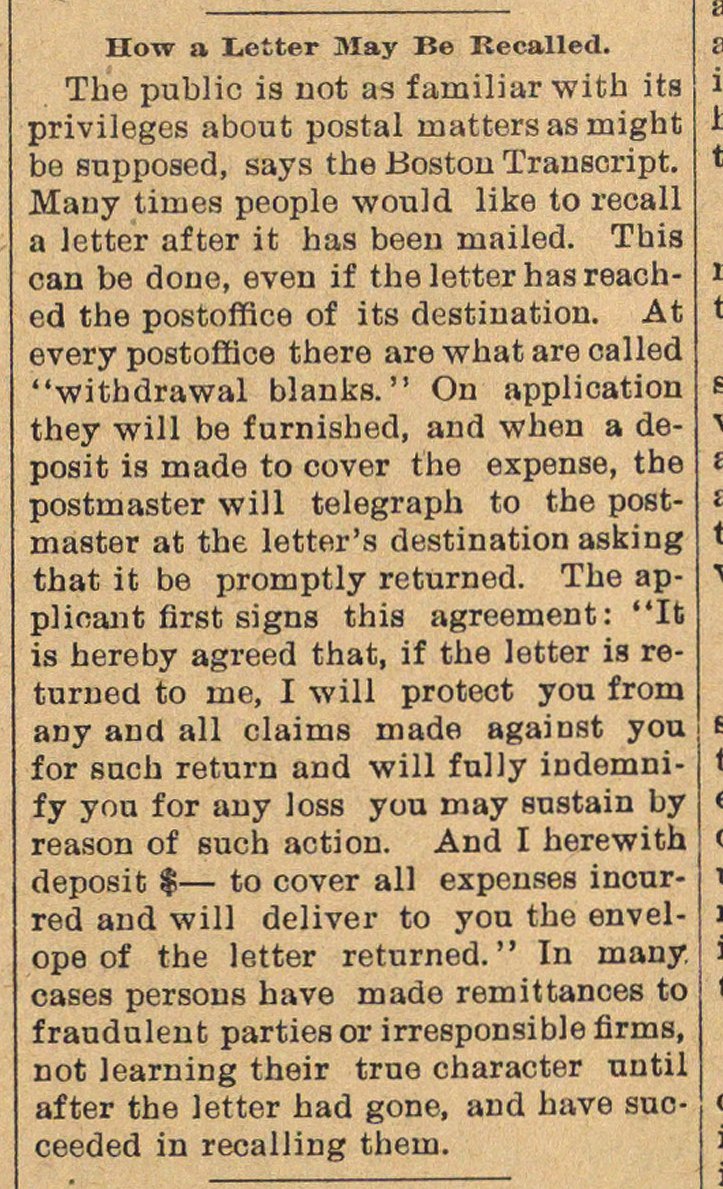 The pubiic is not as laminar witn lts privileges about postal rnattersasmight be supposed, says the Boston Transcript. Mauy times people would like to recall a letter after it has been mailed. Tuis can be done, even if the letter has reached the postoffice of its destination. At every postoffice there are what are called "withdrawal blanks. " On application they will be furnished, and when a deposit is made to cover the expense, the postmaster will telegraph to the postmaster at the letter's destination asking that it be promptly returned. The applioant first signs this agreement: "It is hereby agreed that, if the letter is returned to rne, I will protect you from any and all claims made agaiast you for sach return and will fully indemnify you for any loss you may snstain by reason of such action. And I herewith deposit $ - to cover all expenses incurred and will deliver to you the envelope of the letter returned." In many. cases persons have made remittances to fraudulent partiesor irresponsiblefirms, not learning their truo character until after the letter had gone, and have succeeded in recalling thein.