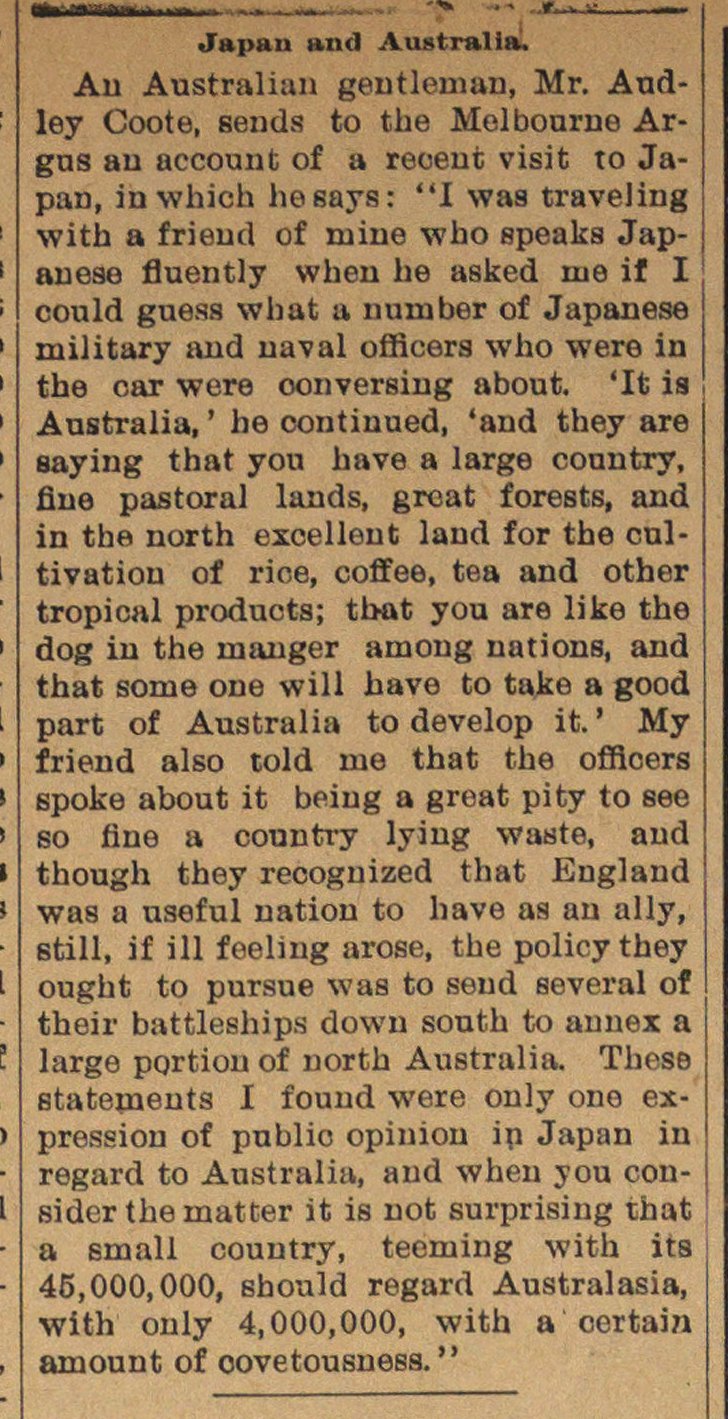 Au AQstralian gentleman, Mr. Audley Coote, sends to the Melbourne Argus au account of a recent visit to Japan, in wliich hesays: "Í was traveling i with a friend of mine who speaks j aueso fluently when lie asked me if I 't could guess what a number of Japanese military and naval officers who were in the oar were oonversing about. 'It is Australia, ' he continued, 'and they are saying that you have a large country, fine pastoral lands, grcat forests, and in the north excellent land for the cultivation of rioe, coffee, tea and other tropical products; that you are like the dog in the inanger among nations, and that some one will have to take a good part of Australia to develop it. ' My friend also told me that the offtcers spoke about it being a great pity to see so fine a country lyiug waste, and though they recognized that Eugland was a useful nation to have as au ally, still, if ill foeling arose, the policy they ought to pursue was to seud several of their battleehips down south to annex a large portiou of north Australia. Those statements I found were only one expression of public opinión in Japan in regard to Australia, and when you consider the matter it is not surprising that a small country, teoming with ita 45,000,000, should regard Australasia, with only 4,000,000, with a certain amount of covetousness. "