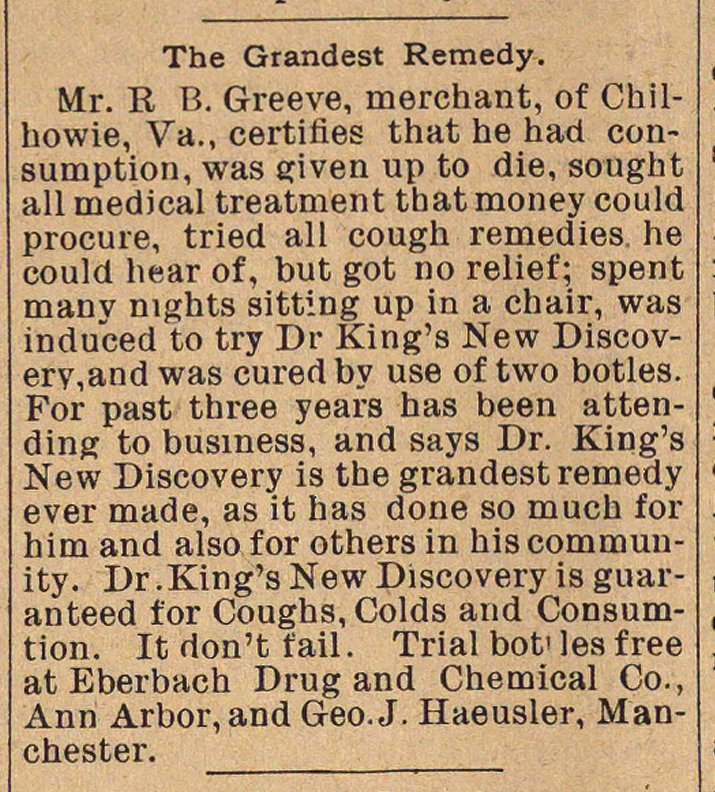 The Grandest Remedy. Mr. E B. Greeve, merchant, of Chilliowie, Va., certifies that he had consumptioii, was given up to die, sought all medical treatment that money could procure, tried all cough remedies he could hear of, but got no relief; spent many nights sitting up in a chair, was induced to try Dr King's New Discoverv,and was curedby use of two botles. For past three years has been attending to busmess, and says Dr. King's New Discovery is the grandest remedy ever made, as it has done so much for him and also for others in bis community. Dr .King's New Discovery is guaranteed for Coughs,Colds and Consumtion. It don't fail. Trial bot' les f ree at Eberbach Drug and Chemical Co., Ann Arbor,and Geo.J. Haeusler, Manchester.