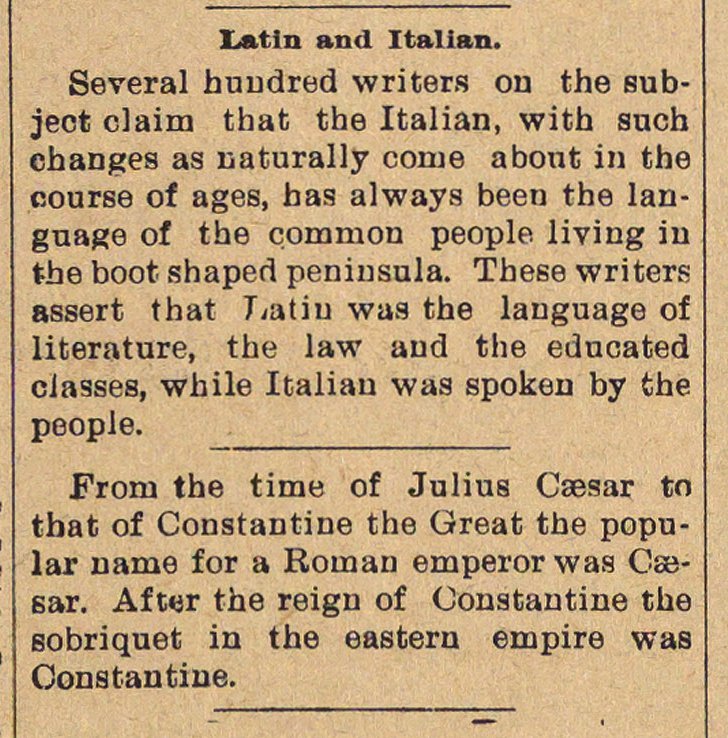 Severa] hundred writers ou the subject claim that the Italian, with such changes as uaturally come about in the course of ages, has always been the language of the common people living in the boot shaperi península. These writers assert that Xjatiu was the language of literature, the law and the educated ciasses, while Italiau was spoken by the people. Frorn the time of Julius Caesar tn that of Constantine the Great the popular name for a Roman emperorwas Cassar. After the reign of Constantine the eobriquet in the eastern empire was Constantine.