Extracts From The Peking Gazette 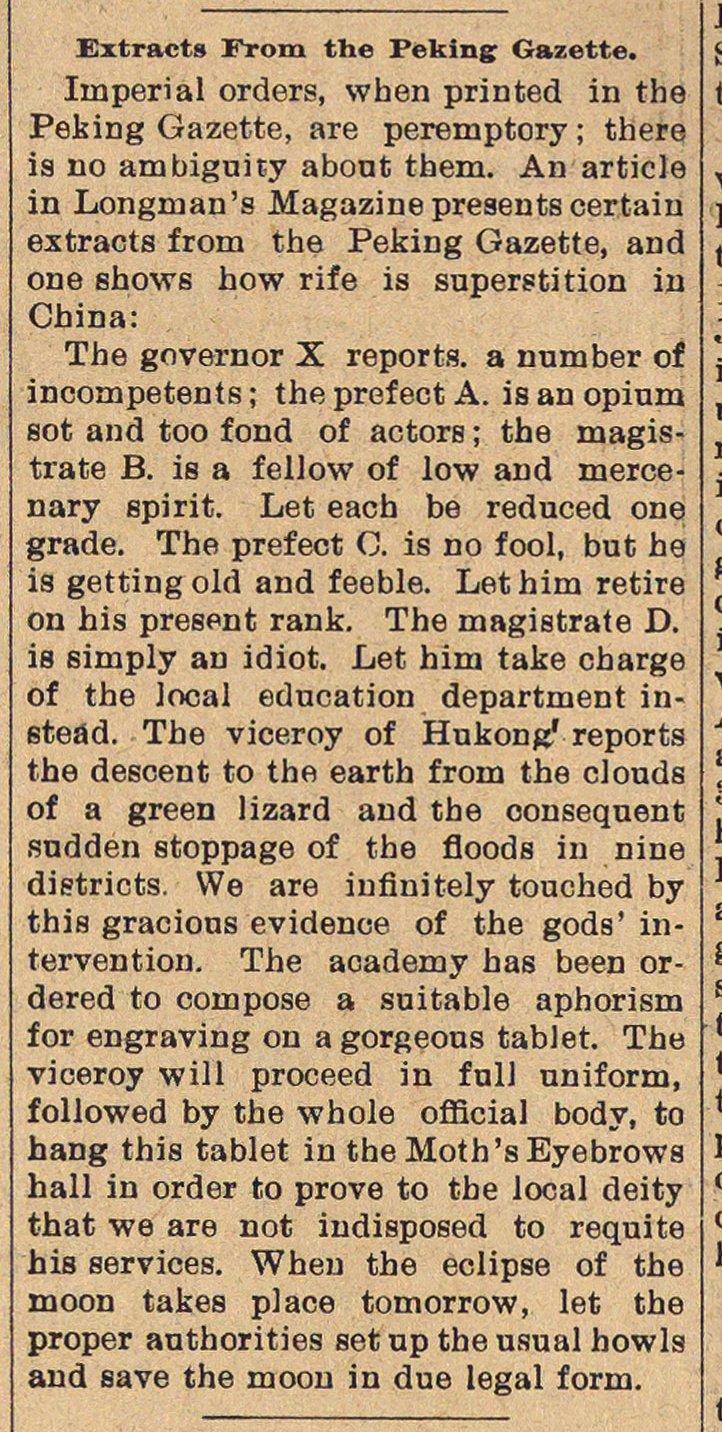 Imperial orders, when printed in the Peking Gazette, are peremptory ; there is 110 ambiguity abont them. An article in Longman 's Magazine presenta certain extracts from the Peking Gazette, and one shows how rife is superstition in China: The governor X reports. a number of incornpetents; the prefect A. is an opium sot and too fond of actors ; the magistrate B. is a fellow of low and mercenary spirit. Let each be reduced one grade. The prefect O. is no fooi, but he is gettingold and feeble. Lethim retire on his prespnt rank. The magistrate D. ie simply au idiot. Let him take charge of the local education department insteád. The viceroy of Hukong' reports the descent to the earth from the clouds of a green lizard and the consequent sndden stoppage of the floods in nine districts. We are infinitely touched by this gracions evidence of the gods' intervention. The academy has been ordered to corapose a suitable aphorism for engraving on a gorgeous tablet. The viceroy will proceed in full uniform, followed by the whole official body, to hang this tablet in the Moth'sEyebrows hall in order to prove to tbe local deity that we are not indisposed to requite his services. When the eclipse of the moon takes place tomorrow, let the proper authorities set up the usual bowls and save the moon in due legal form.