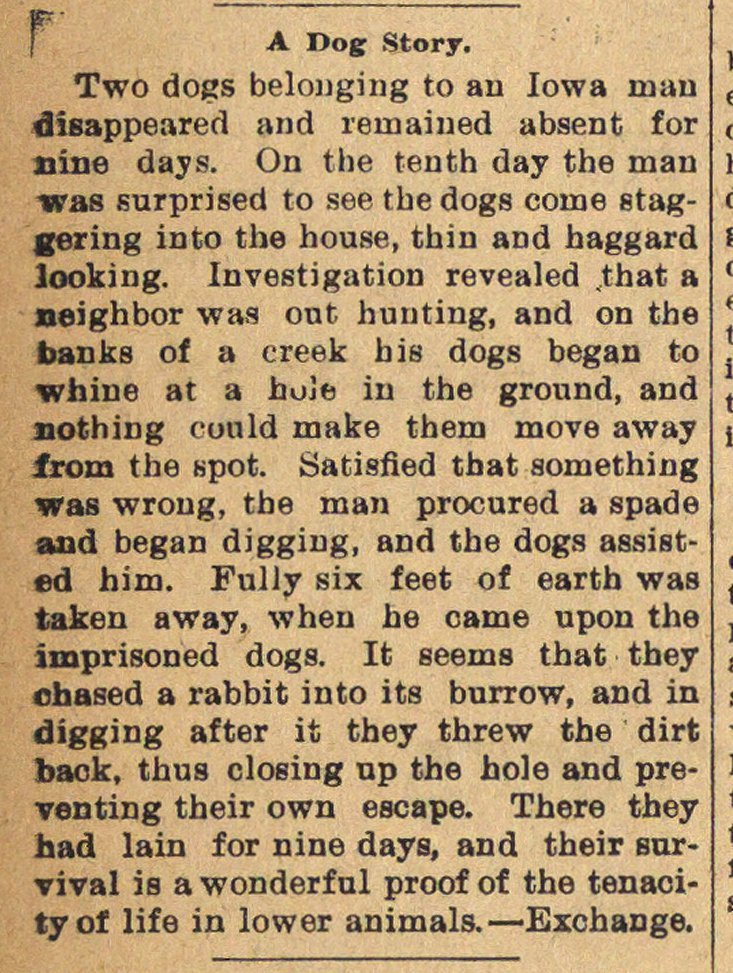 Two dogs belonging to au Iowa nian disappeared and rernained absent for nine days. ün the tenth day the man ■was surprised to see the dogs come 8taggpring into the house, tlnn and haggard looking. Investigation revealed that a neighbor was out huntiug, and on the banks of a creek bis dogs began to whine at a huis in the ground, and nothing conld make them move away from the spot. Satisfied tbat something was wrong, the man procured a spade and began digging, and the dogs assisted him. Fully six f eet of earth was taken away, wheu he carne upon the imprisoned dogs. It seems tbat tbey ohased a rabbit into its burrow, and in digging after it they threw the dirt back, thus closing up the hole and preventing their own escape. There they had lain for nino days, and their survival is a wonderful proof of the ty of life in lower animáis.