Will It Be Done? 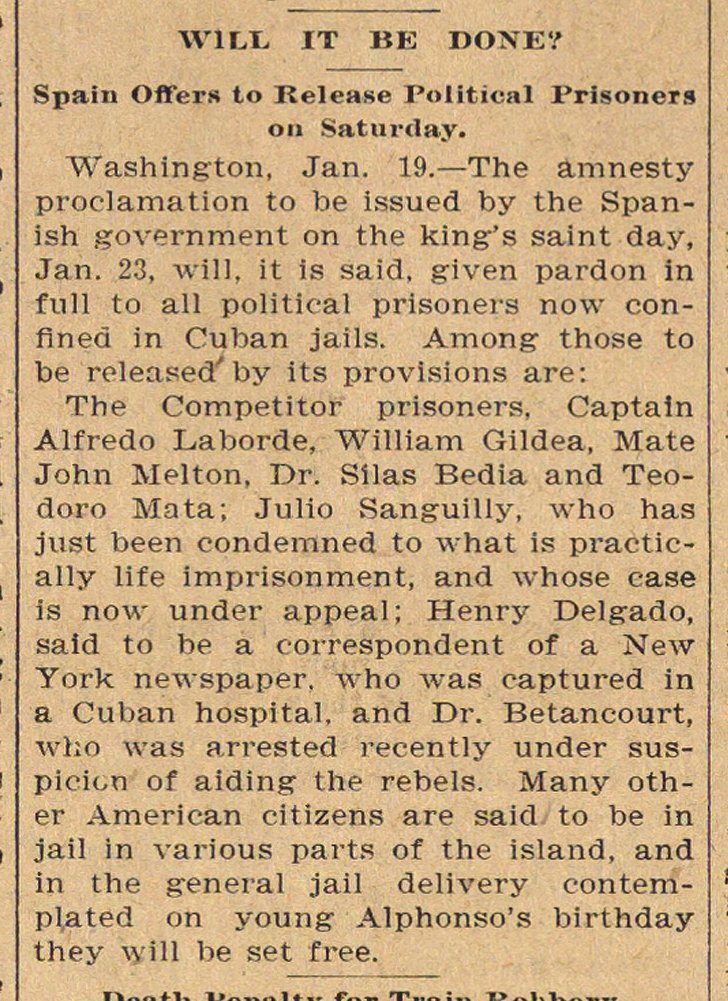 Washington, Jan. 19. - The amnesty proclamation to be issued by the Spanish government on the king's saint day, Jan. 23, will, it is said. given pardon in fu II to all political prisoners now conflned in Cuban jails. Among those to be released' by its provisions are: The Competitor prisoners, Captain Alfredo Laborde, William Gildea, Mate John Melton, Dr. Sílas Bedia and Teodoro Mata; Julio Sanguilly, who has just been condemned to what is practically life imprisonment, and whose case is now under appeal; Henry Delgado, said to be a correspondent of a New York newspaper, who was captured in a Cuban hospital, and Dr. Betancourt, who was arrested recently under suspch,n of aiding the rebels. Many other American citizens are said to be in jail in various parts oí the island, and in the general jail delivery contemplated on Alphonso's birthday they will be set free.