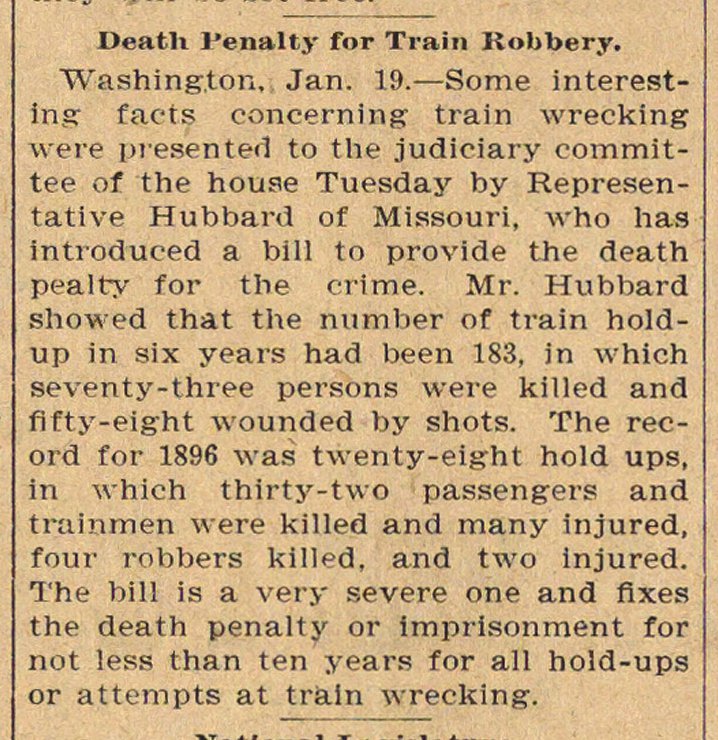 Washington, Jan. 19. - Some interestlng facts concernitig train wrecking were presented to the judiciary committee of the house Tuesday by Representative Hubbard of Missouri, Avho has intiodueed a bilí to provide the death pealty for the crime. Mr. Hubbard showed that the number of train holdup in six years had been 183. in which seventy-three persons were killed and fifty-eight wounded by shots. The record for 1896 was twenty-eight hold ups, in which thirty-two passengers and trainmen were killed and many injured, four robbers killed, and two injured. The bill is a very severe one and fixes the death penalty or imprisonment for not less than ten years for all hoid-ups or attempts at train wrecking.