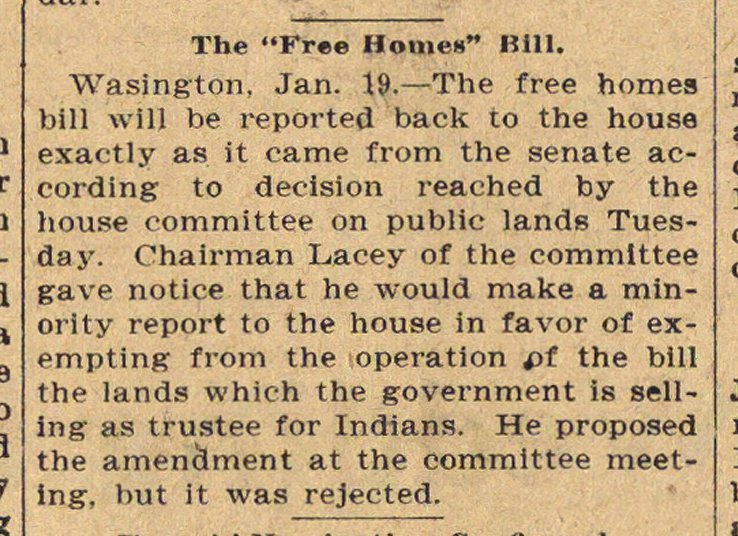 Wasing ton. Jan. 19. - The f ree homes bill will be reported back to the house exaotly as it came from the senate according to decisión reached by the house committee on public lands Tuesday. Chairman Lacey of the committee gave notice that he would make a minorlty report to the house in favor of exempting from the operation fit the bill the lands which the government is selN ing as trustee for Indians. He proposed the amendment at the committee meeting, hut it was rejected.