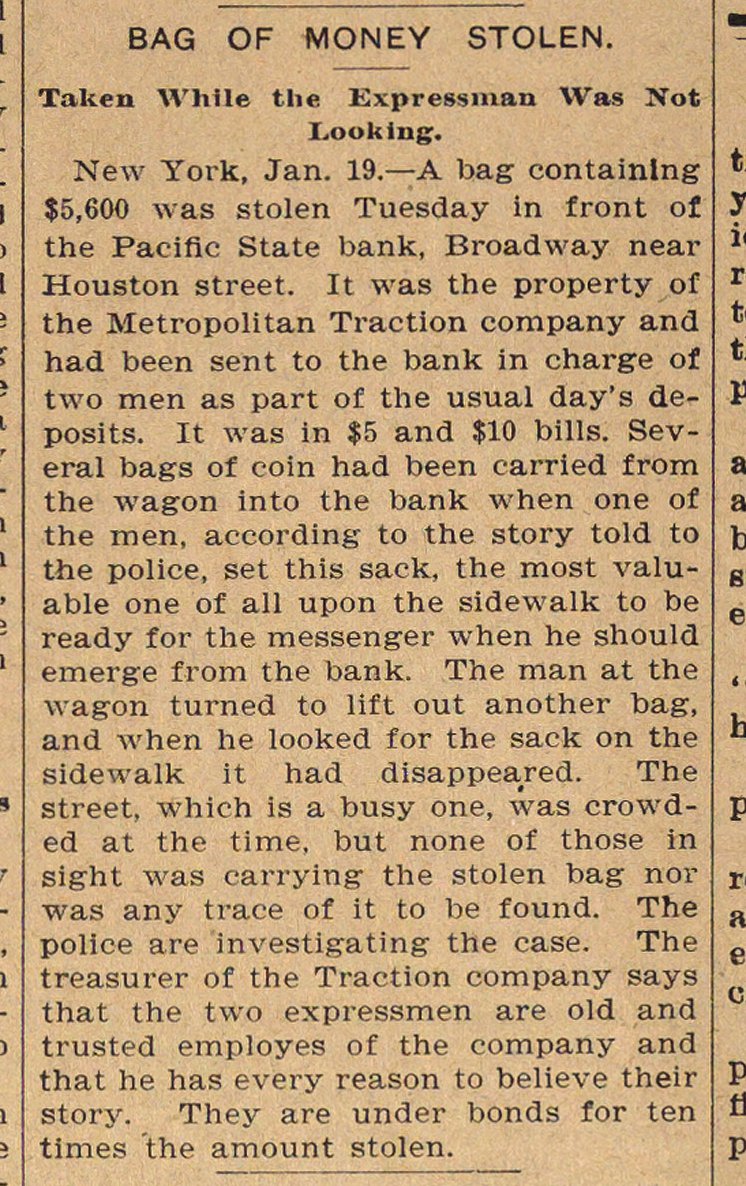 New York, Jan. 19. - A bag containlng $5,600 was stolen Tuesday in front of the Pacific State bank, Broadway near Houston street. It was the property of the Metropolitan Traction company and had been sent to the bank in charge of two men as part of the usual day's deposits. It was in $5 and $10 bilis. Several bags of coin had been carried from the wagon into the bank when one of the men, according to the story told to the pólice, set this sack, the most valuable one of all upon the sidewalk to be ready for the messenger when he should emerge from the bank. The man at the wagon turned to lift out another bag, and when he looked for the sack on the sidewalk it had disappea_red. The street, which is a busy one, was crowded at the time. but none of those in sight was carrying the stolen bag nor was any trace of it to be found. The pólice are investigating the case. The treasurer of the Traction company says that the two expressmen are old and trusted employés of the company and that he has every reason to believe their story. They are under bonds for ten times the amount stolen.