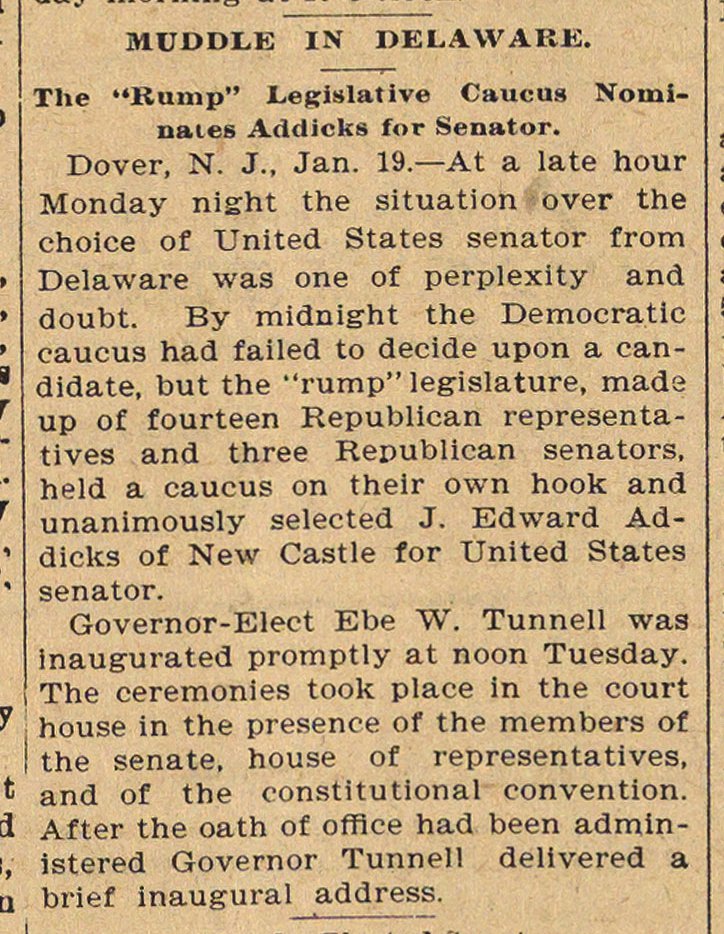 Dover, N. J., Jan. 19. - At a late hour Monday nig-ht the situation over the choice of "United States senator from Delaware was one of perplexity and doubt. By midnight the Democratie caucus had failed to decide upon a candidate, but the "rump"leg-islature, made up of fourteen Republican representatives and three Republican senators, held a caucus on their own hook and unanimously selected J. Edward Addicks of New Castle for United States senator. Governor-Elect Ebe W. Tunnell was inaugurated promptly at noon Tuesday. The ceremonies took place in the court house in the presence of the members of the senate, house of representatives, and of the constitutional convention. After the oath of office had been administered Governor Tunnell delivered a brief inaugural address.