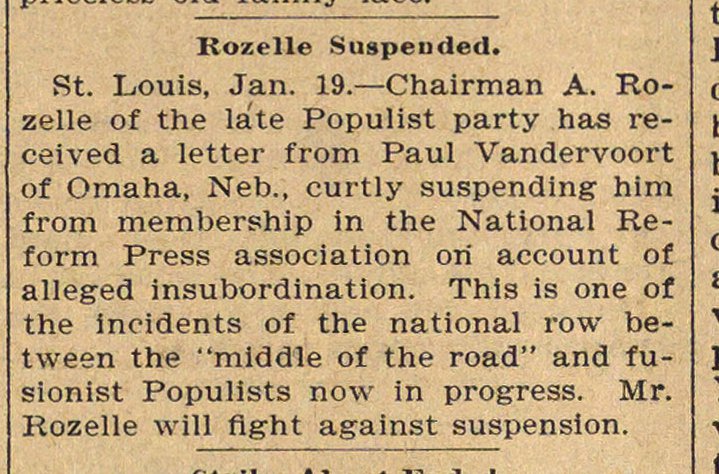 ñt. Louis, Jan. 19. - Chairman A. Rozelle of the late Populist party has received a letter from Paul Vandervoort of Omaha, Neb., curtly suspending him from membership in the National Reform Press association ori account oL alleged insubordinación. This is one of the inoidents of the national row between the 'middle of the road" and fusionist Populists now in progress. Mr. Rozelle will fight against suspension.