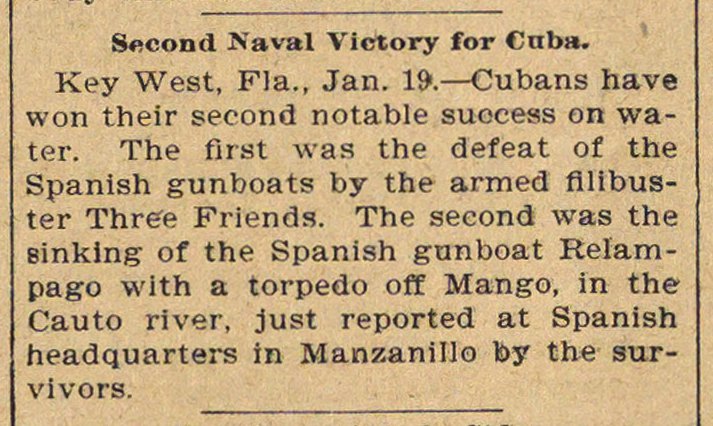 Ky West, Fia., Jan. 19. - Cubans have won their second notable suocess on water. The first was the defeat of the Spanish gunboats by the armed filibuster Thre"e Friends. The second was the sinking of the Spanish gunboat Relámpago wlth a torpedo off Mango, in the Cauto river, just reported at Spanish headquarters in Manzanillo by the survivors.