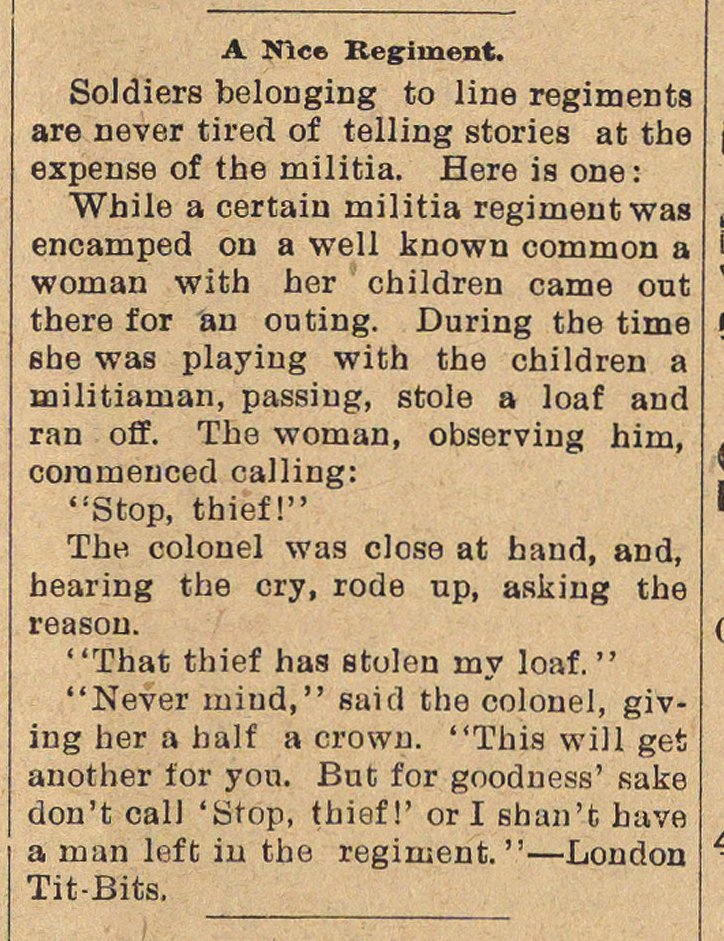 Soldiers belonging to line regiments are never tired of telling stories at the expense of the militia. Here is one : While a certaiu militia regiment was encamped on a well known common a vvoman with her children came out there for au outing. During the time fihe was playing with the children a militiaman, passiug, stole a loaf and ran off. The vvoman, observing hirn, coiunjeuced calling: ':Stop, thief!" The colonel was close at hand, and, hearing the cry, rode up, asking the reasou. "That thief has stolen my loaf." "Never miud," said the colonel, giving her a half a crown. "This will get another for yon. But for goodness' sake don't cali 'Stop, thief!' or I shan't have