The Song Service At St. Andrew's 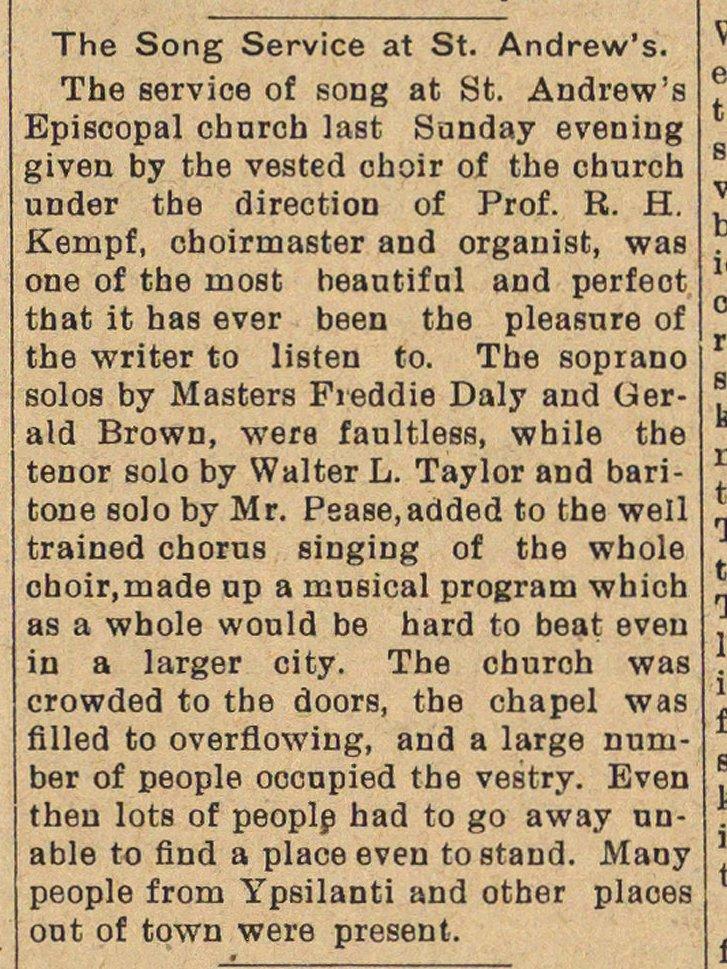 The service of song at St. Andrew's Episcopal church last Sunday evening given by the vested choir of the church under the direction of Prof. R. H. Kempf, choirmaster and organist, was one of the most beautifull and perfect that it ever been the pleasnre of the writer to listen to. The soprano solos by Masters Fieddie Daly and üerald Brown, were faultless, while the tenor solo by Walter L. Taylor and baritone solo by Mr. Psase,added to the well trained chorus singing of the whole choir made up a musical program which as a whole would be hard to beat even in a larger city. The churoh was crowded to the doors, the chapel was filled to overflowing, and a large number of people occupied the vestry. Even theu lots of people had to go away unable to find a place even to stand. Many people from Ypsilanti and other places out of town were present.