Presented With A Diamond 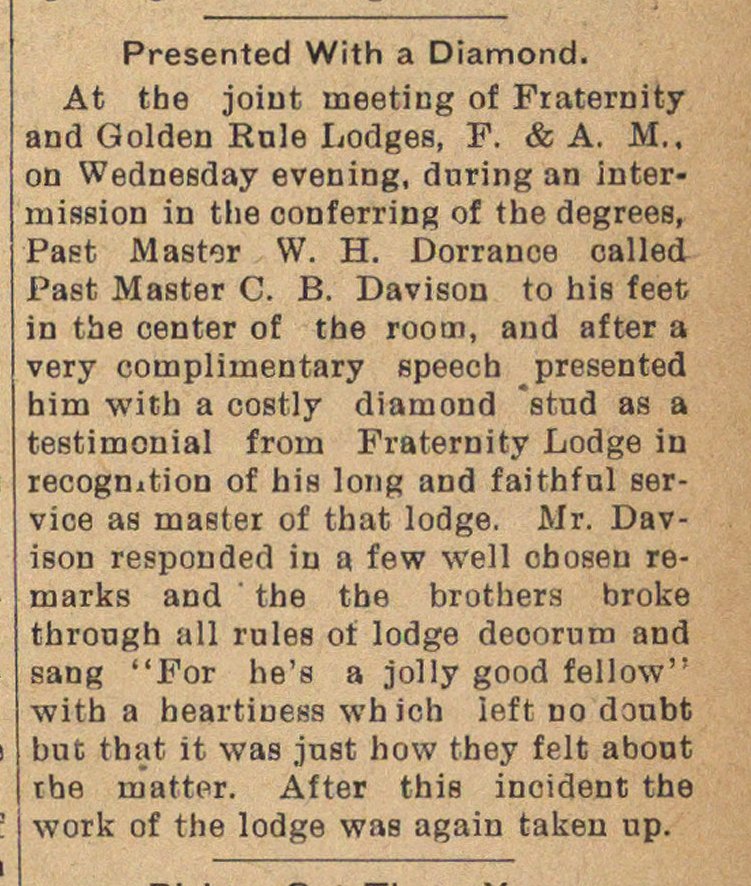 At the joiut meeting of Fraternity and Golden Rule Lodges, F. & A. M,, on Wednesday evening, during an intermission in the conferring of the degrees, Past Mastor W. H. Dorranoe called Past Master C. B. Davison to nis feet in the center of the room, and after a very coinplimentary speech presented him with a costly diamond "stud as a testimonial frorn Fraternity Lodge iu recognition of his long and faithfnl service as master of that lodge. Mr. Davison responded in a few well ohosen remarks and the the brothers broke throngh all rules ot lodge deoorum and sang "For he's a jolly good fellow" with a heartiuess which eft no doubt but that it was just how they feit about the matter. After this inoident the work of the lodge was again taken up.