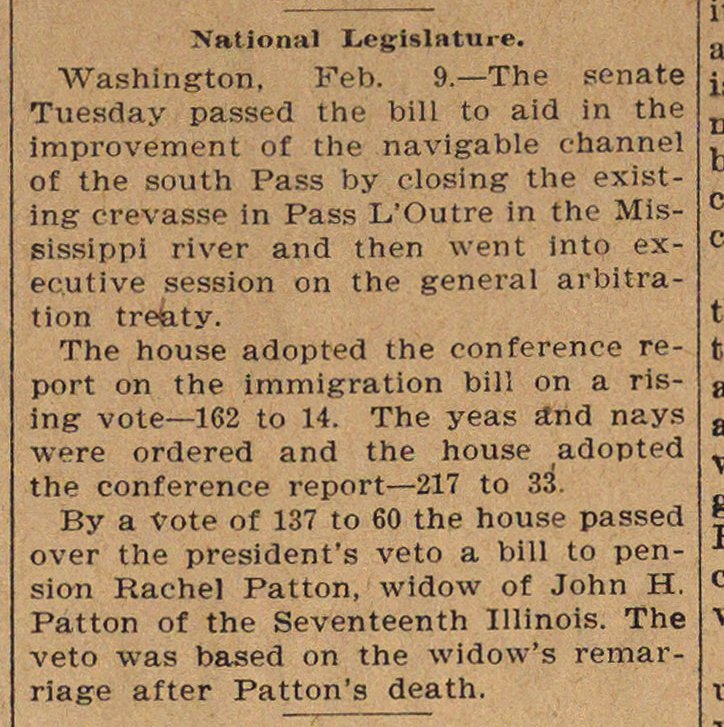 Washington. Feb. 9.- The sonate Tuesday passed the bilí to aid in the improvement of the navigable channel of the south Pass by closing the existing crevasse in Pass L'Outre in the Mississippi river and then went into execiutlve session on the general arbitration treíaty. The house adopted the conference report on the immigration bill on a rising- vote- 162 to 14. The yeas and nays were ordered and the house adopted the conference report- 217 to 33. By a Vote of 137 to 60 the house passed over the president's veto a bill to pension Rachel Patton, widow of John H. Patton of the Seventeenth Illinois. The veto was based on the widow's remarriage after Patton's death.