The Arrest Of Sylvester Scovel 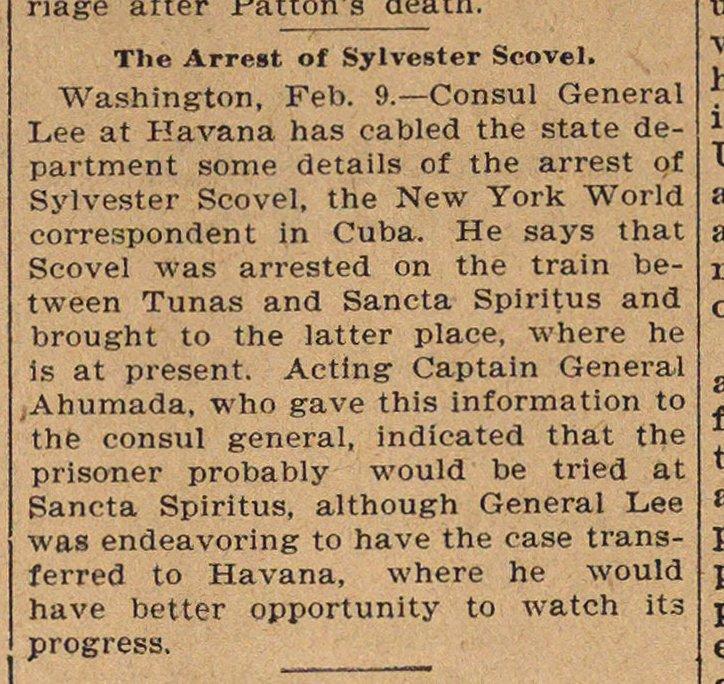 Washington, Feb. 9.- Consul General Lee at Havana has cabled the state department some details of the arrest of Sylvester Scovel, the New York World correspondent in Cuba. He says that Scovel was arrested on the train between Tunas and Sancta Spiritus and brought to the latter place, where he is at present. Acting Captain General .Ahumada, who gave this information to the consul general, indicated that the prisoner probably would be tried at Sancta Spiritus, although General Lee was endeavoring to have the case transferred to Havana, where he would have better opportunity to watch its progresa.