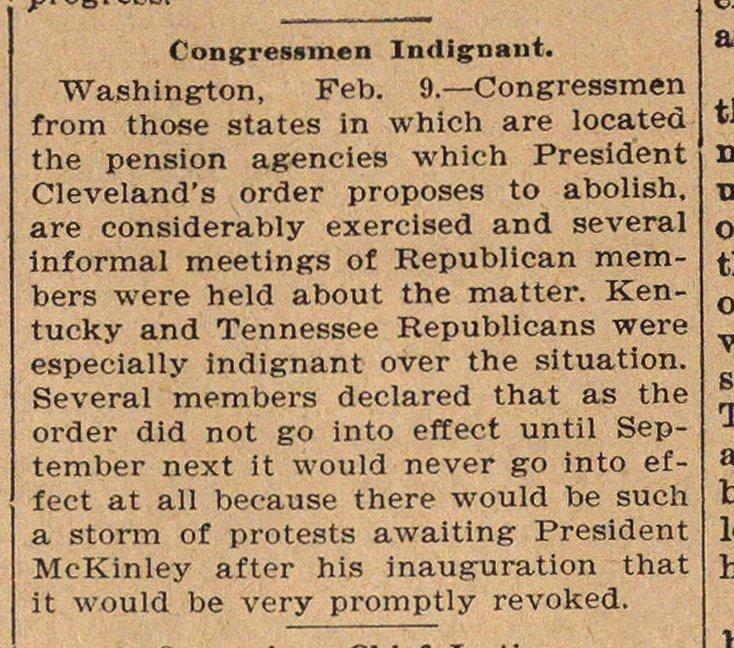 Washington, Feb. 9.- Congressmen from those states in which are located the pension agencies which President Cleveland's order proposes to abolish, are considerably exercised and several informal meetings of Republiean merabers were held about the matter. Kentucky and Tennessee Republicans were especially indignant over the situation. Several members declared that as the order did not go into effect until September next it would never go into effect at all because there would be such a storm of protests awaiting President McKinley after his inauguration that it would be very promptly revoked.