Sworn In As Chief Justice 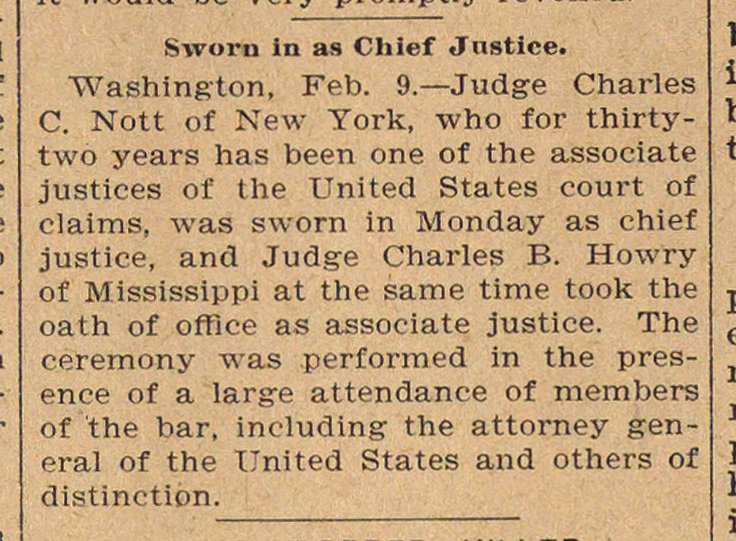 Washington, Feb. 9. - Judge Charles C. Nott of New York, who for thirtytwo years has been one of the associate justices of the United States court of claims, was sworn in Monday as chief justice, and Judge Charles B. Howry of Mississippi at the same time took the oath of office as associate justice. The ceremony was performed in the presence of a large attendance of members of 'the bar, including the attorney general of the TInited States and others of distinction.