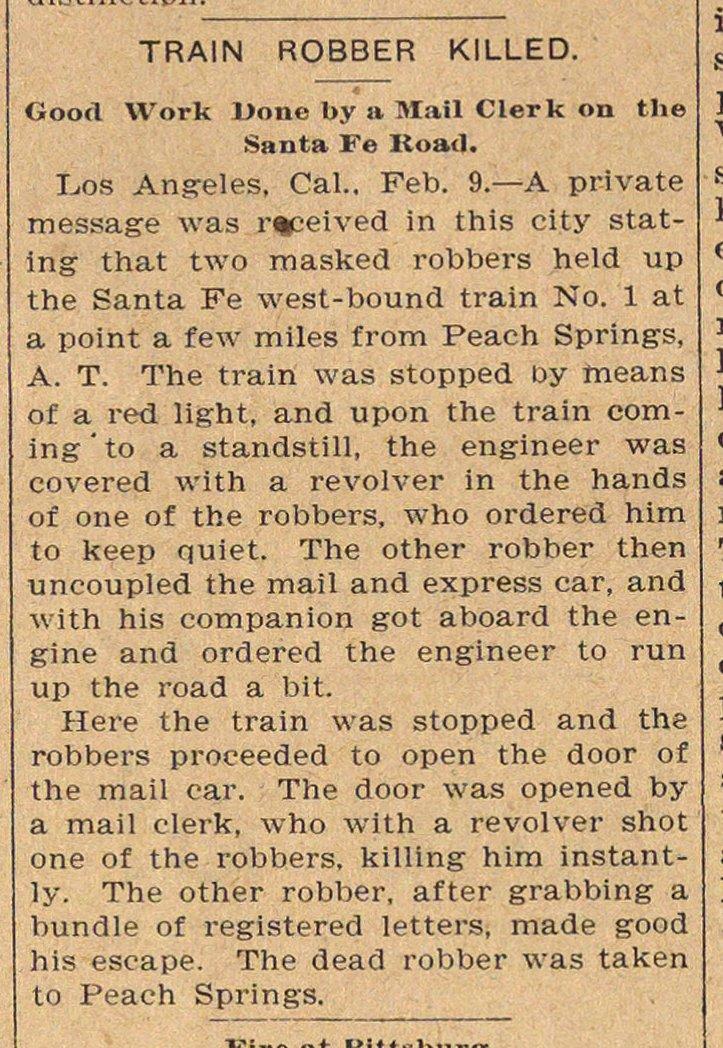 Ix)S Angeles, Cal.. Peb. 9.- A private message was reeived in this city statng that two masked robbers held up the Santa Fe west-bound train No. 1 at a point a few miles from Peach Springs, A. T. The train was stopped Dy means oL a red light, and upon the train coming 'to a standstill, the engineer was covered with a revolver in the hands of one of the robbers, who ordered him to keep quiet. The other robber then uncoupled the mail and express car, and with his companion got aboard the engine and ordered the engineer to run up the road a bit. Here the train was stopped and the robbers proceeded to open the door of the mail car. The door was opened by a mail clerk, who with a revolver shot one of the robbers, killing him instantly. The other robber, after grabbing a bundie of registered letters, made good his escape. The dead robber was taken to Peach Springs.