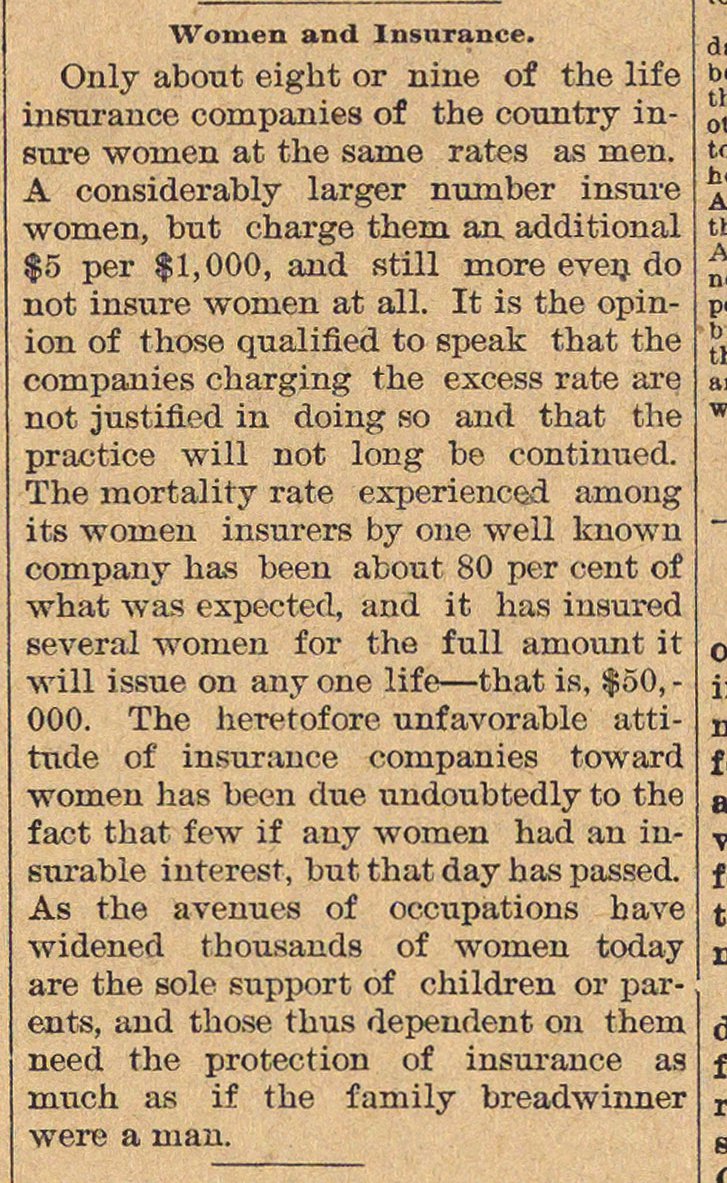 Only abcrat eight or nine of the life iiisurance companies of the country insnre woxnen at the saine ratea as men. A considerably larger number insure women, but charge them an additional $5 per $1,000, and still more even do not insure women at all. It is the opinión of those qualified to speak that the companies charging the excess rate are not justified in doing so and that the practice will not long be contiimed. The mortality rate experienced among its ■women insurers by one well known company has been about 80 per cent of what was expected, and it has insured several women for the full amoiuit it will issue on any one life - that is, $50, - 000. The heretofore unfavorable attitnde of insurauce companies toward women has been due undoubtedly to the fact that few if any women had an insnrable interest, but, that day has passed. As the avenues of occupations have widened thousands of women today are the sole support of children or parents, and those thus depeudent on them need the protection of insurance as much as if the family breadwinner were a man.