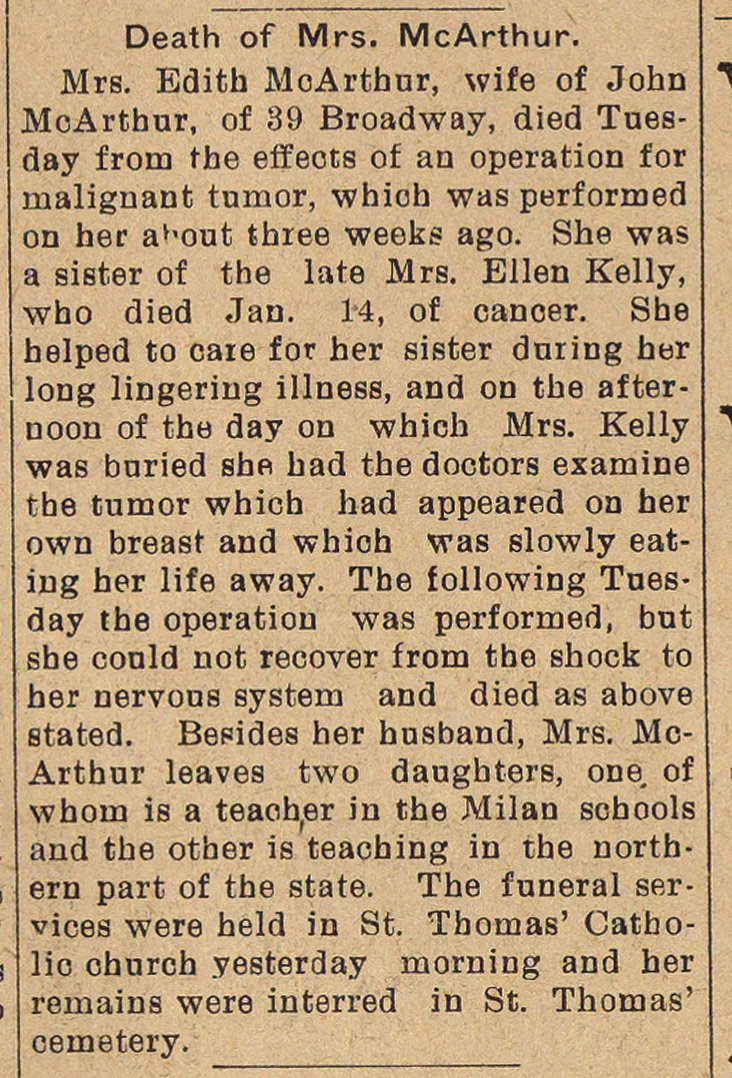 Mrs. Edith McArthur, wife of John McArthur, of 39 Broadway, died Tuesday from the eiïeots of an operation for maliguant tumor, whioh was performed on her a'out tbree weeks ago. She was a sister of the late Mrs. Ellen Kelly, who died Jan. 14, of canoer. She helped to caie for her sister dniing her long lingeriug illness, and on the afternoon of the day on which Mrs. Kelly was bnried shfi had the doctors examine the tumor whioh had appeared on her own breast and whioh was slowly eating her life away. The following Tuesday the operation was performed, but she conld not recover from the shock to her nervons system and died as above stated. Besides her husband, Mrs. McArtbur leaves two daughters, one. of wbom is a teaotyer in the Milan schools and the other is teaching in the northern part of the state. The funeral services were held in St. Thomas' Catholic church yesterday rnorning and her remains were interred in St. Thomas' cemetery.