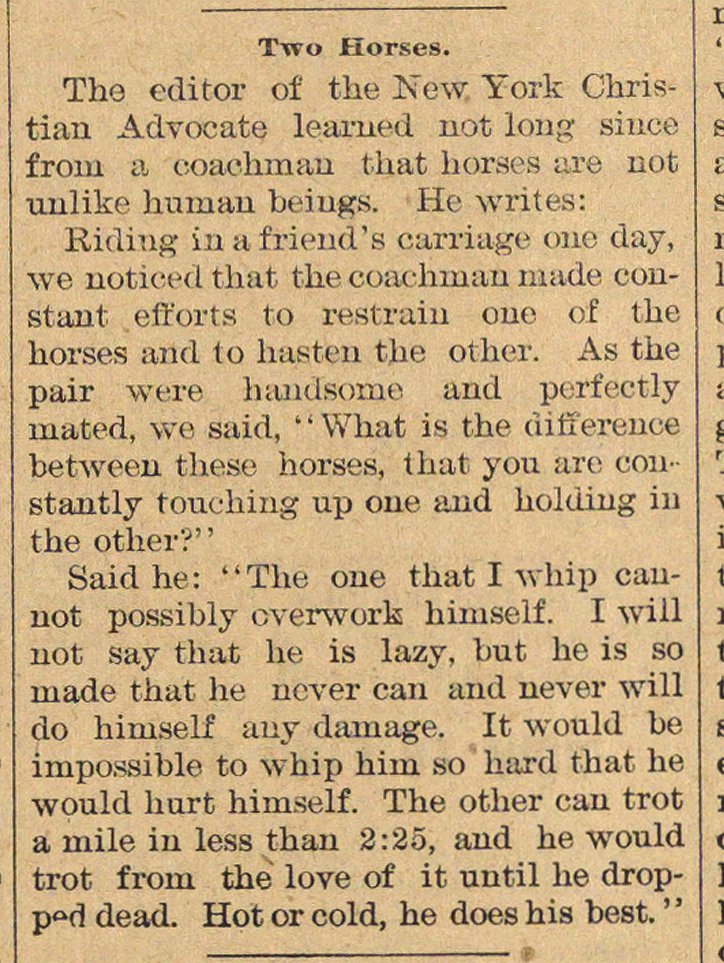 The editor of the Isew York Christian Advocate learned uot Ion;; since froin a ooaohman that horses ure uot unlike human beiugs. He writes: Riding ia a friend s carriage ono day, we noticedthat the coadunan made constant efforts to restrain one oí the horses aüd to husteii the other. As the pair were handsome and perfectly mated, we said, "What is the difference between these horses, that yon are constautly touching up one and holding in the other?" Saidhe: "The one that I vrhip cannot possibly cvervvork himself. I will not say that he is lazy, but he is so made that he nèver can and never will do himself auy damage, It would be impossible to whip him so hard that he would hurt himself. The other can trot a mile in less thau 2:25, and he would trot from the love of it until lie droppd dead. Hot or cold, he does his best. "