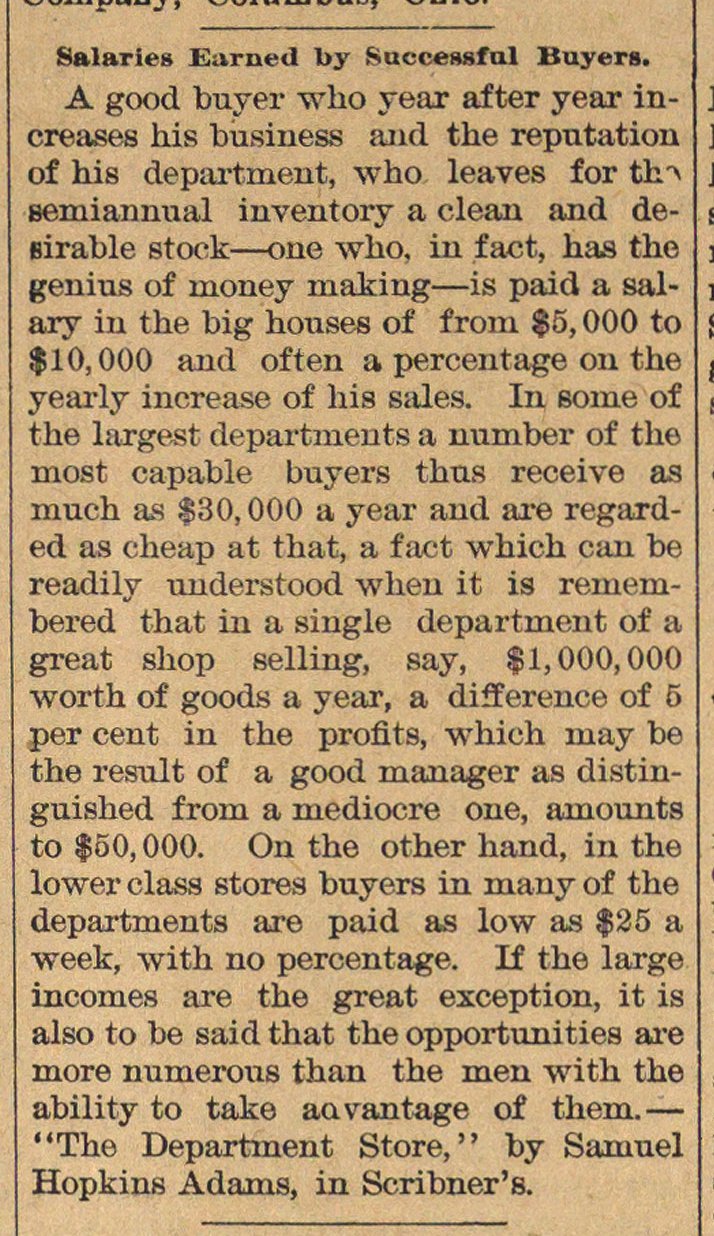 A good buyer who year after year increases his business uid the reputatiou of his department, who leaves for th aemiannual inventory a clean and desirable stock - one who. in fact, has tho genius of money making - is paid a salary in the big houses of f rom $5,000 to $10,000 and often a percentage 011 the yearly increase of his sales. In some of the largest departments a number of the most capable bnyers thus receive as much as $30, 000 a year and are regarded as cheap at tliat, a fact which can be readily understood when it is remembered that in a single department of a great shop selling, say, $1,000,000 worth of goods a year, a difference of 5 per cent in the profits, which may be the result of a good manager as distinguished from a mediocre one, amounts to $50, 000. On the other hand, in the lowerclass stores buyers in manyof the departments are paid as low as $25 a week, with no percentage. If the large incomes are the great exception, it is also to be said that the opportunities are more numerous than the men with the ability to take aavantese of them. -