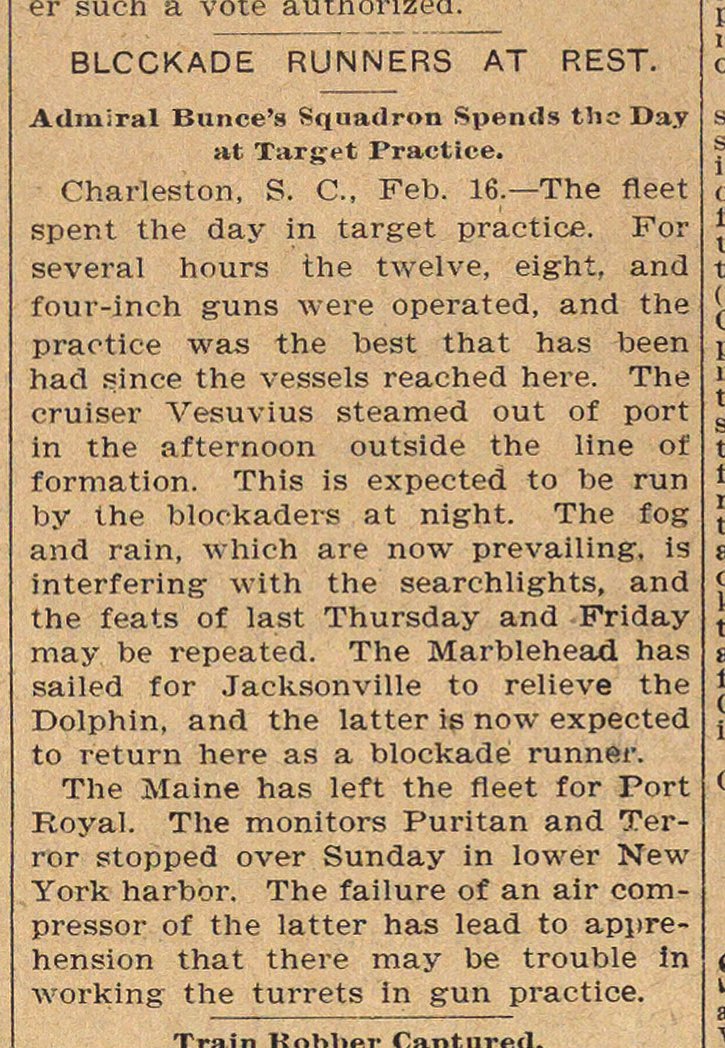 Charleston, S. C Feb. 16.- The neet spent the day in target practice. For several hours the twelve, eight, and four-inch guns were operated, and the practice was the best that has been had since the vessels reached here. The cruiser Vesuvius steamed out of port in the afternoon outside the line of formation. This is expected to be run by ihe blockaders at night. The fog and rain, Which are now prevailing, is interfering with the searchlights, and the feats of last Thursday and Friday may be repeated. The Marblehead. has sailed for Jacksonville to relieve the Dolphin, and the latter is now expected to return here as a blockadé runner. The Maine has left the fleet for Port Royal. The monitors Puritan and Terror stopped over Sunday in lower New York harbor. The failure of an air compressor of the latter has lead to apprehension that there may be trouble in working the turrets in gun practice.