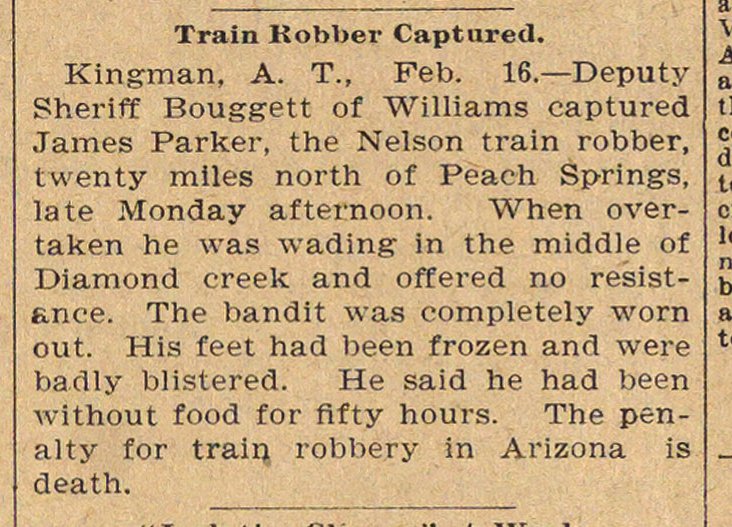 Kingman, A. T., Feb. 16.- Deputy Sheriff Bouggett of Williams captured James Parker, the Nelson train robber, twenty miles north of Peach Springs, late Monday afternoon. When overtaken he was wading in the middle of Diamond creek and offered no resistance. The bandit was completely worn out. Hia feet had been frozen and were badly blistered. He said he had been without food for fifty hours. The penalty for train robbery in Arizona is death.