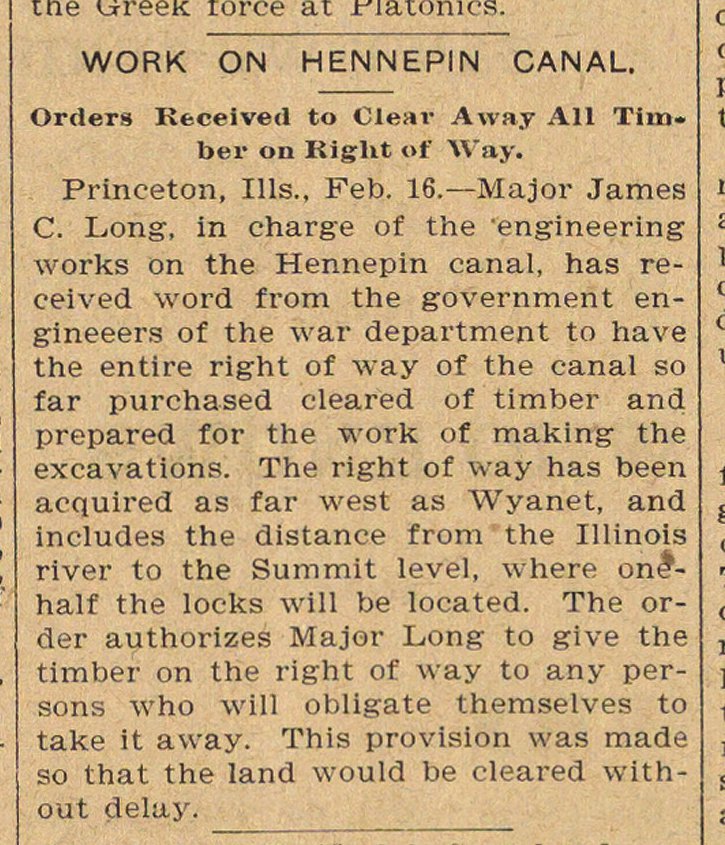 Princeton, Hls., Feb. 16. - Major James C. Long, in charge of the 'engineering works on the Hennepin canal, has received word from the government engineeers of the war department to have the entire right of way of the canal so far purchased cleared of timber and prepared for the work of making the excavations. The right of way has been acquired as far west as Wyanet, and includes the distance from the Illinois river to the Summit level, where onfhalf the locks will be located. The order authorizes Major Long to give the timber on the right of way to any persons who will obligate themselves to take it away. This provisión was made so that the land would be cleared without delay.