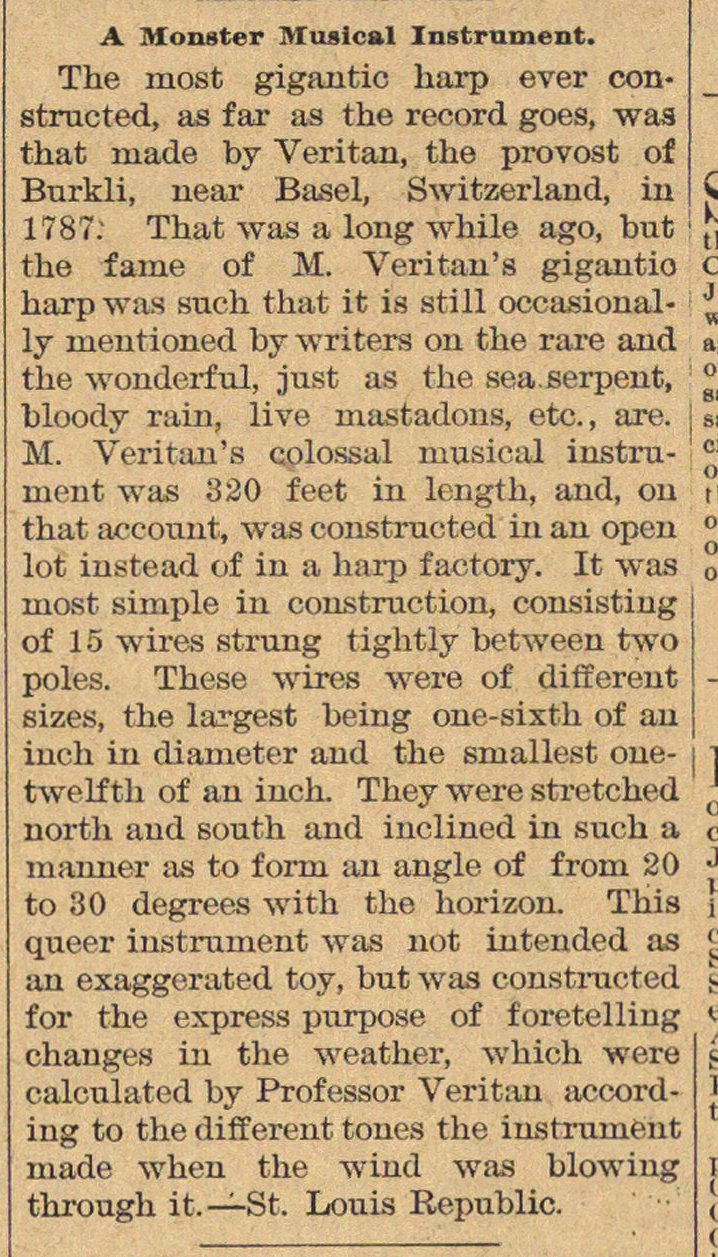 The most gigantic harp ever constructed, as far as the record goes, was ;hat made by Veritan, the provost of Burkli, uear Basel, Switzerland, in 1787: That was a long while ago, but [ :he fame of M. Veritan's gigantio aarp was such that it is still occasionally meutioned by writers 011 the rare and the wonderful, just as the sea. serpent, bloody rain, live mastadons, etc., are. I M. Veritan's colossal musical instrument was 320 f eet in length, and, on that account, was constructed in an open Lot instead of in a harp factory. It was most simple in construction, consisting of 15 wires strung tightly between two poles. These wires were of different 3izes, the largest being one-sixth of au inch in diameter and the smallest twelf th of an iuch. They were stretched uorth and south and inclined in such a manner as to fomi an angle of f rom 20 to 30 degrees with the horizon. This queer instrument was not intended as an exaggerated toy, but was constructed for the express purpose of foretelling changes in the weather, which were calculated by Professor Veritau according to the different tones the instrument made when the wind was blowing through