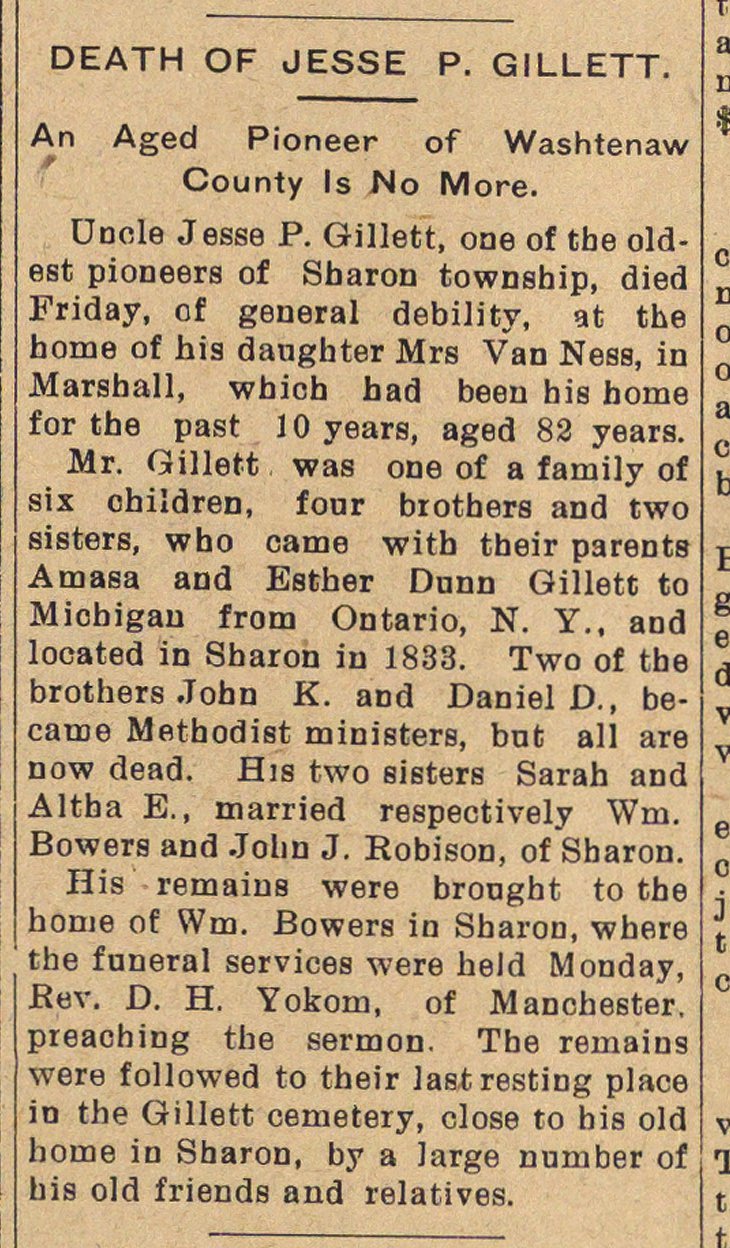 Uoole Jesse P. Gillett, oae of the oldest pioneers of Sharon township, died Friday, of general debility, at the home of his danghter Mrs Van Ness, in Marshal], whioh bad been his home for the past 10 years, aged 82 years. Mr. Gillett was one of a family of six chüdren, four biothers and two sisters, who came with their parents Amasa and Esther Donn Gillett to Michigan from Ontario, N. Y., and looated in Sharon in 1833. Two of the brothers John K. and Daniel D. , becanoe Methodist ministers, bnt all are now dead. His two sisters Sarah and Altha E., married respectively Wm. Bowers and John J. Robison, of Sharon. His remains were bronght to the home of Wm. Bowers in Sharoa, where the funeral services were held Monday, Kev. D. H. Yokom, of Manchester, preaching the sermón. The remains were followed to their last resting place in the Gillett cemetery, close to his old home in Sharon, by a large number of his old friends and relatives.